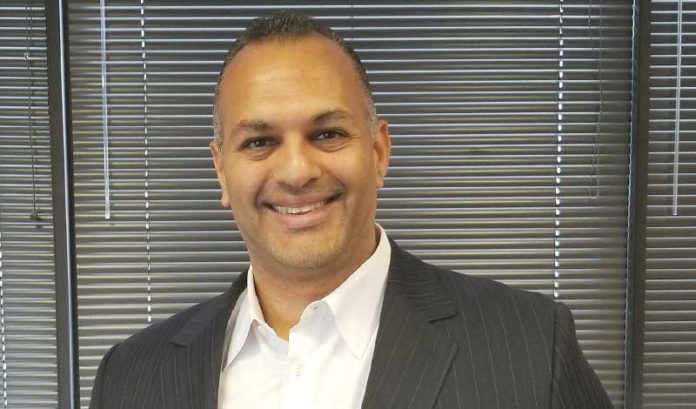 Wasseem Boraie stops the interview to yell out to one of his residents.

“How are you going to work out with a 60-ounce soda and a big bag of M&Ms?” he says with a laugh.

The man jokingly yells back that the snack is for a friend.

Boraie, a vice president at New Brunswick-based Boraie Development, doesn’t care either way. He’s just thrilled that the residents at his quickly leasing 600 NoBe (short for North Beach) are proving that Atlantic City can be a home — and that the area can survive and thrive as a place to live and work, and not just as a destination for gambling.

The 250-unit project, which started leasing in January, is more than 50 percent full. Way ahead of the schedule Boraie had put out.

It’s a mistake he’s glad to own.

“We are doing really great, getting much better rents than we ever saw you could get in Atlantic City,” he said. “There were so many naysayers, so many so-called experts inside the town that were telling everybody that this won’t work. Today, as I’m right in front of the building, I can see a neighborhood that developed because of the size of the project.

“It’s not like we just took a 20,000-square-foot piece of land and threw up a building. We took four acres. We took the equivalent of about a block and a half of a city and put 250 residential units on it.

“That, by itself, created a neighborhood because of the sheer size of the development, not just the number of units. What we inherited was blight and the only way you beat blight is by building on it.”

Boraie was cautious when discussing the partnership.

“It’s still preliminary, because there’s a couple of regulatory things that need to be looked at and I don’t want to start speculating on regulatory items,” he said.

His excitement for the potential of the project could not be held back.

“This one was a no-brainer, because we’re already seeing that there’s a big second home market here,” he said. “To us, the area where MGM is located is almost like a private enclave. And that is a perfect second-home market.

“But it has to be the right product.”

Boraie said he sees a potential of options.

“We’re looking at a combination of really luxury town homes and potentially putting some timeshares,” he said. “We just think that the timeshare market in A.C. has done very well and we think it will augment what MGM currently does in that neighborhood.”

Neighborhoods, he said, are key.

“I think what it really does is create a neighborhood in the Marina District that doesn’t exist,” he said. “The Marina District has casinos, but there’s no connectivity. Our thought is to put really high-end residential that ties back into the casinos.

“Everyone that lives there is going to have special status membership with MGM; there’s going to be some really strong synergies that come from being inside development.”

He credits the development of the Hard Rock Hotel & Casino and the reopening of the resort once called Revel as a key to the area’s recent growth.

“What Hard Rock did is what really created our neighborhood,” he said. “If they weren’t here, it would be a much different neighborhood, because the amount of traffic has quadrupled because of them being here. They helped create the destination.”

He gives similar credit to the Gateway Project at the other end of the boardwalk, where AC Devco head Chris Paladino created a headquarters for South Jersey Industries and a beachfront campus for Stockton University.

“What Chris was able to do with the Stockton project is amazing,” he said. “To see others doing this gives us a sense of pride and makes me glad we got in on this early.”

But, more than the developers, Boraie gives credit to the local and state officials.

“They have a great planning director, Barbara Woolley, and (special counsel) Jim Johnson is overseeing a lot of the parts of the city,” he said. “There’s some real strategic thought.

“We met with them (recently) and the kind of questions, the kind of thoughts and observations they’re making, is making us realize, ‘Wow, there’s a real plan now.’”

“There’s this natural obstinance and natural belief that it’s never going to work here, but it’s working and it’s only going to get better,” he said. “I think (Gov. Phil Murphy) is putting a lot of time and effort, and he’s put some really good point people here.

Boraie is thrilled with 600 NoBe, excited about the partnership with MGM and already speeding up plans for 700 NoBe.

“We actually had our first meeting last week,” he said. “Slightly different product types — a little taller, a little more upscale — but similar number of units.”

He’s more excited about a project that isn’t his.

“The last great piece to Atlantic City is getting the supermarket done, which (the Casino Reinvestment Development Authority) is working on,” he said. “That will change everything.”

And be proof of what Boraie saw coming.

“We were bullish on Atlantic City six years ago,” he said. “I was like, this is a once-in-a-lifetime opportunity. Where else can you get beachfront property at a reasonable rate?”

Then, he points out, it’s not the only place in the state succeeding.

“It’s not even about the Opportunity Zone or anything like that, it’s just a basic, intrinsic stat here,” he said. “Look at Long Branch, look at Asbury Park. They’re building like crazy with absolutely no incentives outside of PILOTs.

“So, it’s not always about what the state incentives are. Sometimes, it’s just about the basics of the market. And, I think the waterfront beach towns, especially ones that have millions of visitors a year, are places people have overlooked.”

Boraie learned to see the potential in cities by watching his father, Omar Boraie, the family patriarch and one of the key developers who helped rebuild New Brunswick at a time few thought it was worth rebuilding.

“We’re doing what my dad has always done,” he said. “We’re proving Atlantic City can work by putting out a great product. He always said, you have to show the promise to people that this is the real deal.”

That, Boraie said, was the problem in the past.

“When they were playing in the city in the ’70s, that’s what they screwed up,” he said. “They should have thought, ‘OK, how do we really master plan the city? That was one of the great mistakes. They just, they just took the lowest-hanging fruit, which were casinos.”

Boraie keeps stopping the interview to give play-by-play of the neighborhood.

“When I was parking my car today, I saw something I never would have seen five years ago,” he said. “I saw a group of women walking loops around the Boardwalk and back through the neighborhood. No one ever walked in the neighborhood.

“Now, it’s the end of the day and I see all these people coming home from work, putting on shorts and walking around. That was always the dream for Atlantic City. The problem was that they put so much garbage by the beach because they figured, ‘Who wants to live by the casinos?’

“They were asking the wrong question.

“Who wants to live by the ocean? The answer is everyone.”