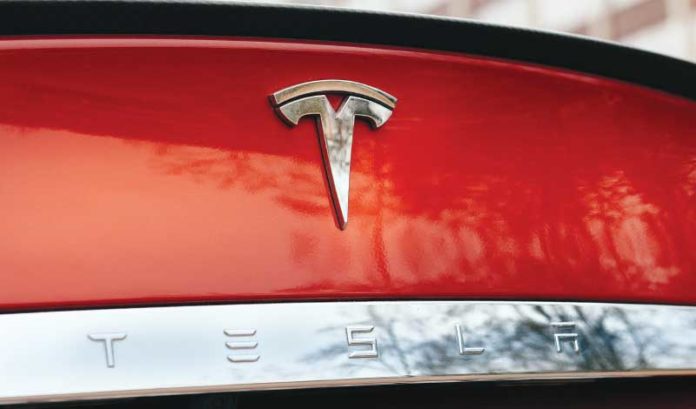 As a new car dealer in Bergen County, I meet customers every day who are looking for a quality, affordable vehicle that will help their family get to and from their destination safely and efficiently. More and more of my customers are interested in purchasing a vehicle that will not only protect their family, but also the environment.

Neighborhood new car dealerships like mine are on the front lines of an electric vehicle revolution that will reduce emissions. While Tesla seems to attract most of the media hype around EVs, the reality in the marketplace is that, last year in New Jersey, non-Tesla new car dealers put twice as many clean cars on the road as Tesla. That’s because new car dealers offer 62 different models of clean cars from 26 different manufacturers in a wide array of colors. Compare that with Tesla, which offers just three models in five colors.

Tesla’s goal is to create a vertical monopoly for its products and eliminate competition for sales and service. Tesla refuses to adopt the proven franchise system like every other automaker, just so it can get around state laws designed to protect consumers. That’s why it’s puzzling to understand why Bergen County lawmakers, like state Sen. Loretta Weinberg and Assemblyman Gordon Johnson (both D-Teaneck), have introduced legislation to expand special treatment for Tesla. When and if Tesla fails, thousands of customers will be left with a very expensive vehicle and no dealer to go to bat for them on important warranty and safety recall repairs.

Most of my customers cannot afford a Tesla. Yet, ironically, every Tesla vehicle sold in New Jersey is heavily subsidized by my customers and others like them. In 2018 alone, competing automakers were forced to pay Tesla nearly $420 million to buy regulatory credits, an expense that was shouldered by consumers who purchased other brands.

That means 500,000 hardworking New Jerseyans last year paid more for their cars just so the ultra-wealthy could pay less for their Tesla. How much less? Every Tesla sold benefits from a $2,090 subsidy, which is baked into the price paid by other car buyers. And that’s not all. A $100,000 Tesla evades $6,625 in state sales taxes and enjoyed a $7,500 federal tax credit in 2018. Add it all up, and you will find that Tesla buyers helped themselves to more than $16,000 in subsidies courtesy of hardworking taxpayers and car buyers who are forced to pay more so Tesla buyers pay less. It just doesn’t seem fair.

In addition, Tesla’s questionable business model and public record raise serious red flags about how much special treatment it deserves. Every day, there is a new headline showing a company in free fall. Already the subject of Securities & Exchange Commission fraud investigations and a reported FBI criminal investigation, national outlets like The New York Times have documented a long list of employee lawsuits against Tesla, including union-busting, racism and sexism in factories across the country.

As if that isn’t bad enough, Tesla failed to meet production goals, struggled to make deliveries and pulled bait-and-switch schemes on its own customers. After falsely promising a $35,000 priced car and collecting $500 million in advance deposits, Tesla raised the price thousands of dollars and failed to return deposits to angry customers in a timely manner. If my business behaved this way, we would be subjected to consumer protection actions and fines by the state of New Jersey. Why not Tesla?

In 2015, Tesla was given a special exemption by New Jersey legislators with the understanding that it was a startup company that needed assistance ramping up with four retail locations. Once established, it would eventually appoint qualified franchisees in the state. Now, Tesla is back and lobbying for more special treatment with A5097/S3493. But Tesla doesn’t need special legislation. If Tesla management believes it needs more stores to sell more vehicles in New Jersey, it can quickly and efficiently scale up its retail network at any time by appointing qualified franchisees. Likewise, if Tesla needs more service facilities to repair vehicles in operation, current law doesn’t limit them.

Traditional car dealers in New Jersey aren’t looking for handouts or favors; they just want everyone to play by the same rules. It would be irresponsible for Trenton to pass A5097/S3493 for any company, let alone one as troubled as Tesla. I urge Sen. Weinberg and Assemblyman Johnson to rethink this matter and withdraw their bill to expand all this special treatment Tesla is already receiving in New Jersey.

Norman Dorf is the owner of Honda of Tenafly. His business has been involved in the community for nearly 90 years, starting with Chevrolet and continuing as the first Honda automobile dealership in New Jersey.