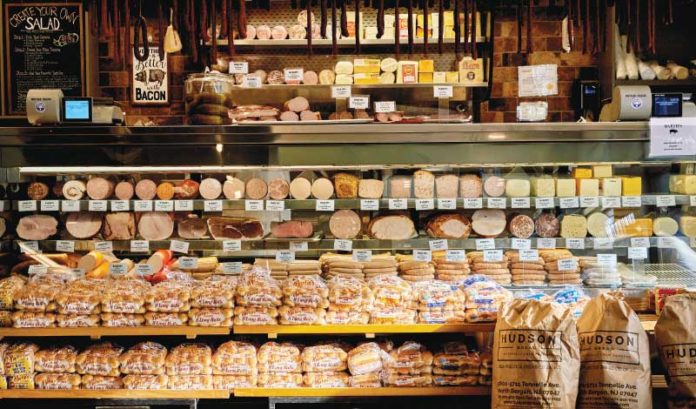 It’s not every day you learn of a nearly $10 million fourth-generation family-owned and -operated business in New Jersey.

It’s even less common for that business to be the neighborhood butcher and grocer.

“At Barth’s Market, we’re proud of our high-quality products and our personal relationship with our loyal patrons,” owner Jim Barth said.

After being located in New Providence for nearly 60 years, Barth said it was low-cost financing provided by the New Jersey Economic Development Authority and that enabled the market to expand following years of growth.

“Funding from the NJEDA and Provident Bank has enabled us to broaden our offerings while maintaining that personalized touch our customers know and love,” he said.

But a passion for business — and old-world recipes — is what truly makes Barth’s special.

After operating three butcher shops and a cart in Germany, Otto Barth fled for the U.S. in 1940 to open Barth’s Pork Store in Irvington, selling a variety of butchered meats. Then, when the business grew, he relocated to New Providence in 1960.

“My grandfather started this business in a 22-by-40-foot store,” Jim Barth said.

Seeing as that was not feasible, the business was sold, and Barth said he found other work in the industry before opening up his own wholesale food business.

“I had a meat plant down in Edison, making sausages for all the Foodtowns — until we relocated to Elizabeth,” he said. “And I got into the veal and lamb business, too.”

However, his business closed due to the savings and loan crisis in 1988.

“We had gotten stuck by numerous accounts, so I instead went to work for a couple of other independent guys in the industry,” Barth said.

Shortly after, Barth said he learned his father was unhappy with the way the family business was being run and bought it and the building back.

“Then, a few years later, he said to me, ‘Here. Take this business. It’s worth nothing,’” Barth said.

Jim Barth took over Barth’s Market in 1995, completing small renovations and making key investments into the business as he could, including an automatic smokehouse and other machinery that would help to expand product lines.

“I took every single item we sold and made it special, in some way, reproducing that same quality week-in and week-out to constantly expand upon my vision,” Barth said. “And every investment I made paid big dividends.”

“We moved the New Providence Florist across the street by paying for the owner’s expansion and rent for one year, which worked out great,” he said. “Charlie did great business over there and we got to expand.”

Barth’s Market’s first expansion enabled the market to expand into seafood, salads and prepared foods, as well as create two checkouts away from the butcher’s counters.

“It was a nice flow, for a while,” Barth said. “But, then, we got so busy that there would be lines out the door most weekends and holidays.

“Within two years, we had at least doubled, if not tripled, the business.”

So, in 2015, Barth said he began the process of purchasing 18,000 square feet of land adjacent to the existing property, expanding the first floor to 9,486 square feet and adding a second floor of nearly 7,000 square feet.

“Not everyone at my age says, ‘I’m putting all my chips on the table,’” he said. “But I knew what I wanted to see done.”

However, the expansion process proved extremely problematic this time, with Barth facing hundreds of thousands of dollars in unexpected costs due to revised building codes after Hurricane Sandy, bad soil and crumbling infrastructure.

“When construction began to tip over $5 million, the bank had to get the NJEDA involved,” Barth said. “But they came in, saw the project, saw our plans and heard my vision before being all too happy to lend a big helping hand. And, with their foresight, we got through it.”

Today, nearly two years after the expansion was completed in 2017, Barth’s Market is a massive success.

It also has begun catering, including to corporations such as Celgene.

But gone are the seven-day workweeks of nearly 16-hour days, Barth said.

“I’m able to run the business smarter, now, with everything I predicted having since come true,” he said. “What I would really like now is to come up with systems to better process all our orders while continuing to teach our people how to perform at higher levels.”

Still, as a result of the expansion, Barth said he plans to hire an additional 10 employees over the next couple years, as business continues to grow at more than 15 percent annually.

“Right now, we’re cutting a nearly 52 percent gross profit, which is unheard of in the food business,” Barth said. “And what has made us a success is following through on the vision of where I thought we could be.

“The thing that catapults me out of bed every morning is now, we get to enjoy the fruits of our labor. I’m seeing it come together — especially when we have nearly 1,500 people coming in the store for a weekend barbeque or a holiday.

Resolution … Stand out on LinkedIn: In the B2B world, one...