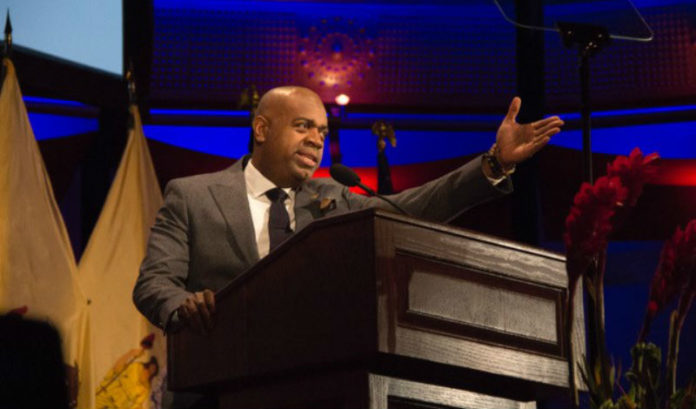 Newark Mayor Ras Baraka always says he’ll do anything to help his city.

That will be put the test June 25 when Baraka will be the subject — or the roastee — of the second annual NJPAC celebrity roast.

The event, to be held on the Prudential Hall stage at the New Jersey Performing Arts Center, features cocktails at 6 p.m., dinner at 7 and the show at 7:30.

Organizers are expecting a crowd of approximately 300. All proceeds will go to support the NJPAC arts education programs and the mayor’s community impact fund.

(Ticket information can be found here.)

The celebrity roast has become of the favorite events for John Schreiber, the CEO of NJPAC. For Schreiber, the event brings him back to earlier in his career, when he organized many Friars Club roasts.

“The key to a good roast is for the roaster to have affection for the roast victim, to know the back story — and to get up to the edge of serious insult but then just pull up slightly short,” Schreiber said.

“You need to roast with affection. So that, after the damage is done, everyone is still in a good mood.

“That’s our story here: Everybody who’s roasting loves the mayor, loves what he’s up to, but also is ready to nail him on a variety of personality quirks. It will be interesting to see.”

The lineup of roasters is a combination of pros and pals.

It starts with Bellamy, who has performed standup at NJPAC in the past.

Jeff Ross, who hosts the Netflix comedy show “Bumping Mics” and is called the “Roastmaster General” for his work on Comedy Central’s celebrity roasts, will show his skills, too.

“Jeff is sort of the most famous roaster out there right now,” Schreiber said. “He has a roast right now on Netflix that’s hilarious. It’s a historical roast of Abraham Lincoln.

Al Sharpton will offer his thoughts. As will actress Tisha Campbell, who is one of the stars of “Empire” and a Newark Arts High graduate.

Schreiber said NJPAC has hired top writers, including some who have written for the White House correspondence dinners, to help the pals sharpen their material.

But they won’t be working with Baraka, he said.

The mayor, who will get the last word, has refused assistance.

“The mayor is hilarious and usually the smartest guy in the room,” he said. “So, he’ll probably prevail at the end of the night.”

Click here for information on the show and how to purchase tickets as an individual or for a table.

Taylor Swift Experience comes to GRAMMY Museum after it shakes off...