Home Finance Murphy on task force report: ‘We are not just dealing with a...
Facebook
Twitter
Linkedin 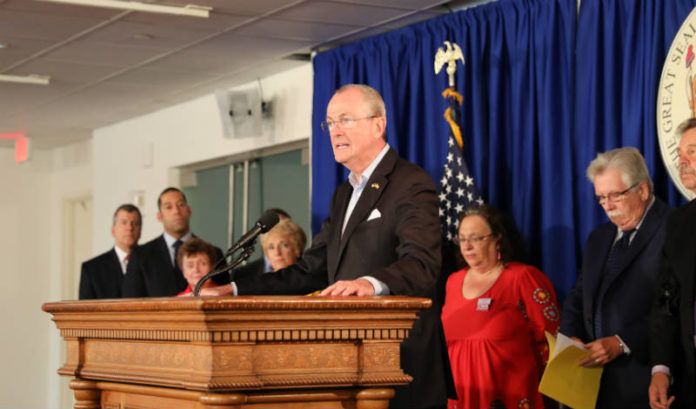 Murphy took questions on, and spoke briefly about, the report at a news conference that was slated to focus on the budget battle.

The report, he said, is the reason he will not support an extension of existing tax incentive programs and will veto the Legislature’s bill that seeks to extend them by at least one year.

“I was not elected governor to continue business as usual,” he said. “The task force report overflows with the evidence of what business as usual means. No one is above the law and no one has the right to abuse the taxpayers of New Jersey.”

Murphy said that the task force, which he created, still has more to do to investigate the $11 billion in approved incentives in the past. He also said his administration is still poring through the 79-page report and supporting documents.

The report highlights a Camden nexus that was influential in the crafting of the 2013 Economic Opportunity Act, including affiliates of South Jersey powerbroker George Norcross, who is currently suing the governor and the task force over the investigation into Camden awardees.

Kevin Sheehan and Philip Norcross (George Norcross’ brother) are named as authors of some amendments that favored Camden companies or business interests of George Norcross.

Sheehan works at the law firm Parker McCay, which is run by Philip Norcross.

The report focused on Conner Strong & Buckelew, The Michaels Organization and NFI — all of which have ties to Norcross — saying all three companies benefited.

“The task force requested the EDA recalculate the awards the three companies could have received if they had communicated to the EDA that they were not considering any potential relocation to Philadelphia instead of Camden — which, based on the evidence discussed above, appears to have likely been the truth.

Though the EDA has been working on changing its processes internally, Murphy said, the investigation into the past practices is still necessary.

“It feels like the ultimate inside game,” he said.

“There’s a bubble in which a select few exist, disconnected form the rest of the state, and the rest of the 9 million of us pick up the freight, pay the price and take in on the chin and I’ve, frankly, had enough.”