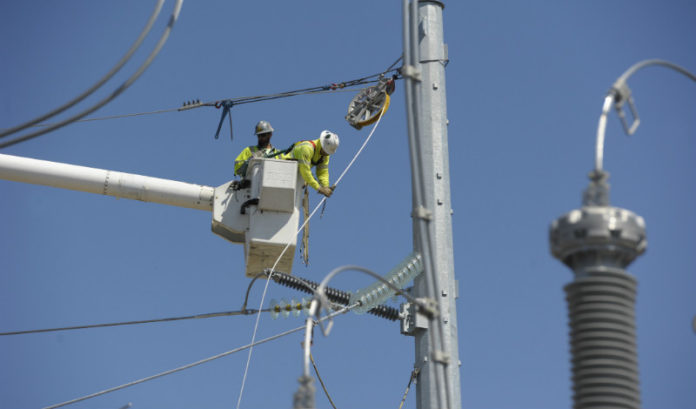 As summer weather in New Jersey heats up, the rising global temperature continues to increase, causing major storms and hurricanes throughout areas of the state.

Gary Stockbridge, Atlantic City Electric region president, said that, as extreme weather conditions, storms and hurricanes continue to impact regions of South Jersey, the company’s new updates are not only timely, but crucial.

“We are seeing the impacts of more frequent and more severe storms that are bringing stronger and more damaging winds and extreme flooding throughout our communities,” he said. “These new projects are critical upgrades to the local energy grid and represent a broader effort underway across our service area to modernize our energy infrastructure and making it more resilient against these powerful storms and the growing threats from extreme weather.”

As part of this work, crews used an Erickson SkyCrane helicopter to install stronger steel transmission poles and to remove existing lattice transmission towers. Using a helicopter minimized the environmental impact in completing the work and provided a more efficient and safer option for crews when access to energy infrastructure was limited, the company said.

Another one of Atlantic City Electric’s projects in progress, the Monroe to Tansboro transmission line upgrades, will upgrade more than 8 miles of existing transmission line through portions of Winslow and Monroe townships in Camden and Gloucester counties.

Crews are installing new, state-of-the-art steel utility poles capable of withstanding winds up to 120 miles per hour, stronger aerial transmission line cable, switches and other modern electric devices to enhance service for customers in the area.

The Rio Grande substation enhancement project, which is also currently underway, will seek to improve reliability for thousands of customers in Middle and Lower townships in Cape May County, the company said. The project consists of upgrading a substation located on Route 47 in Rio Grande.

Crews are installing new electric equipment, including three new transformers, new devices that are used to control and protect the equipment at the site, animal guarding, and a new control building that exceeds flood level elevation requirements.