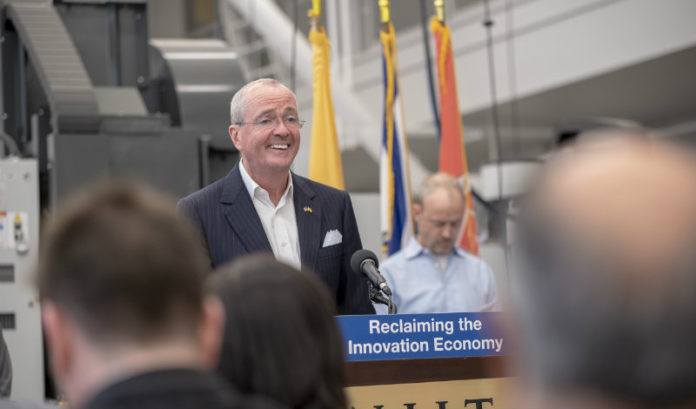 The governor, flanked by industry and state officials, said the incentives are not a part of the budget negotiations, but he has been told legislators will introduce bills outlining his economic vision soon, as negotiations continue.

“We’re talking both privately and publicly, and we have a whole range of options … and we have a fair amount of clock left,” he said.

The state has until June 30 to pass the budget for the upcoming fiscal year.

Sullivan said New Jersey’s poor ranking in venture funding is hurting its ability to attract and grow startups — a key factor in a strong economy today, he said.

“That has choked off a source of investment for the young companies that turn into big successful companies,” he said.

The push for new incentives comes as a task force convened by the governor has been probing the creation of and accountability for $11 billion in approved tax incentives since the Economic Opportunity Act was put in place in 2013.

The prior administration and individuals tied to South Jersey powerbroker George Norcross have come under fire for potentially unregistered lobbying as well as favoritism for Camden that helped it attracted companies with less stringent rules than other parts of the state.

Murphy said that, regardless of the task force’s existence, he would have been pushing for incentive reforms. He also has said he would veto any bill from the Legislature that extends the current programs, which are set to expire June 30, but has not done so yet.

“The bill that we envision has defined elements to it,” he said. “I still hope, perhaps naively, between now and June 30, that we can find some common ground.”

Becoming the (fin)tech capital of the world: It’s a lofty goal,...