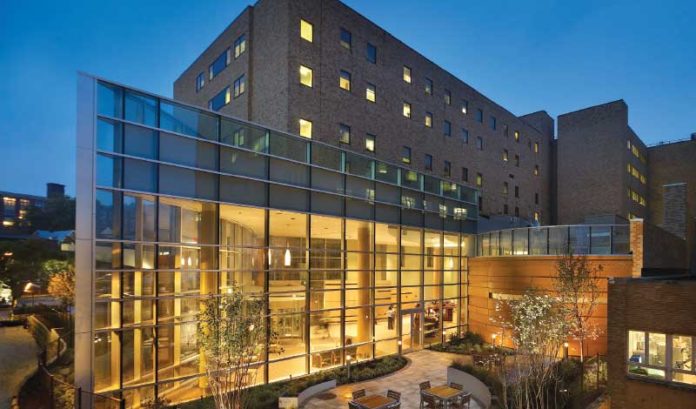 Kevin Slavin knows the world of health care is changing, which is why his small hospital system is looking for partners.

Between a change in the way hospitals are being paid, the increasing demand for in-home care and increasingly tech-savvy patients, hospitals have needed to adjust and scale faster than ever before.

“Where home care is going, with technology and diagnostics and the explosion of innovation, there will be more care in the home,” Slavin, CEO of St. Joseph’s Regional Healthcare System, told ROI-NJ in a recent interview.

It’s something he candidly tells his staff: There will be more people providing care in the home than there will be at hospitals.

“Everybody will want to be treated at home if they can, and more and more things are moving in that direction,” Slavin said.

But the partnerships and affiliations need to grow to help the system maintain its independent identity, Slavin said.

One of the key things he and his team have determined, in the requirements of a partnership, is that the system would remain Catholic and retain the governance structure currently in place through the Sisters of Charity.

“That is non-negotiable,” Slavin said. “We’ve made it clear to all the organizations. So, if they can’t live with that, then don’t submit a proposal.”

There is also an emphasis on access to capital, ability to develop new services and focusing on population health — especially because St. Joseph’s serves a vulnerable population in Paterson.

But Slavin isn’t coming to the table empty-handed — despite the fact that the revenues for the hospital relies heavily on Medicaid, charity care and self-pay.

“That’s obviously the big challenge we have,” Slavin said. “We’ve really continued to strengthen ourselves financially — we’re stronger than we’ve ever been before — we’ve focused a lot in the last three or four years on our balance sheet.”

“We were one of the last to have a defined contribution pension plan …. so, we de-risked the balance sheet,” he said. “We’ve refinanced the debt, saved money on the bond interest rates and reorganized all of our investments. So, our balance sheet is stronger. We can certainly remain independent for the foreseeable future.”

One of the biggest things St. Joseph’s has been able to do to make a name for itself in the recent past is develop the Alternatives to Opioids, or ALTO, program.

As the name suggests, it’s simply avoiding prescribing opioids and searching for alternatives.

And hospitals around the country have been calling St. Joseph’s for the last two years to learn how to implement it.

That has caused some problems with insurers, who are less willing to approve more costly drugs and topical pain relievers — but the model was passed by Congress and is now a federal law, with federal money to boot, and has been adopted broadly by the state Department of Health and the New Jersey Hospital Association.

Here are some of the other topics Slavin discussed with ROI-NJ.

ROI-NJ: Aside from finances, what are you bringing to the table for the other organizations who might be interested in partnering with you?

Kevin Slavin: One of the things that makes us attractive is our expertise with the poor, vulnerable populations — whether it be Medicaid or uninsured. We have 150 years of understanding how to work with those groups and have them access the care; it’s not just the recent health coalition, but the Sisters have been doing this for years.

We have a center for what we call ambulatory physician care for Medicaid and uninsured — we don’t like to use the word clinic. They get the same care as anyone will get in a private office.

ROI: How did that center come about?

KS: It used to be five different centers all throughout Paterson. That included pediatric, internal medicine, family medicine, HIV and specialty. We consolidated a couple of years ago into one efficient, more accessible location.

ROI: I hear a lot of focus on social determinants of care — so, things in the home or home environment — and transportation being a barrier to care. With this consolidated location, what is being done about transportation?

KS: That’s a big one. We think we should be more into the transportation business. We know what we are good at as a health system, so that might be another avenue for us to look for a partner that really knows medical transportation.

A good example of one of the things we are doing is we run the WIC program for not just Passaic County, but a couple of counties, for many years. That is in a location in Paterson that is not on the bus route. So, we are moving it. It’s going to cost us more money to move it, but we are going to move it at a renovated place down the street — and that’s going to be on the bus route in June. It’s about a half-a-million-dollar renovation into an existing building where we had our IT department before.

ROI: St. Joseph’s also helped start the Health Coalition of Passaic to focus on social determinants, emulating the type of collaboration that began with the Camden Coalition. How is that going and what is the next step?

KS: We’ve been looking at this whole high-utilizer topic that Dr. (Jeffrey) Brenner started in Camden. Learning from it, Nicholson Foundation (which partnered to launch the Coalition) is big on learning small and then growing. So, we recently launched this past year after we built up the staff. We have a program where we are case-managing 86 of the highest emergency room utilizers in certain ZIP codes and finding all kinds of things. For example, the biggest challenge for that population is housing. Not necessarily being homeless, but substandard housing. We’re hopeful to be designated as one of the pilots for the supporting housing project that NJHA and the Housing and Mortgage Finance Agency are working on.

ROI: What else is on the horizon?

KS: We are hopeful to get a grant to launch an innovation center here. (The grantor) felt it was important that a safety-net organization be able to do innovation just like the more affluent systems that can take $5 million and put it in a fund and say, ‘Here, go create things.’ We are putting some of our own resources in it, but it’s a different approach than others have taken.

This is to learn the discipline of innovation and learn how to do innovation. Things like human-centered design, prototyping, very specific skills that successful companies have instilled. A lot of it comes out of Kaiser Permanente. They drive this through their culture through innovation. Do projects along the way, but also learn from a leadership team perspective and then drive it to the rest of the organization. So, it’s not a program, it just becomes the way you do things.

Why head of HealthEC says he can double annual net income...