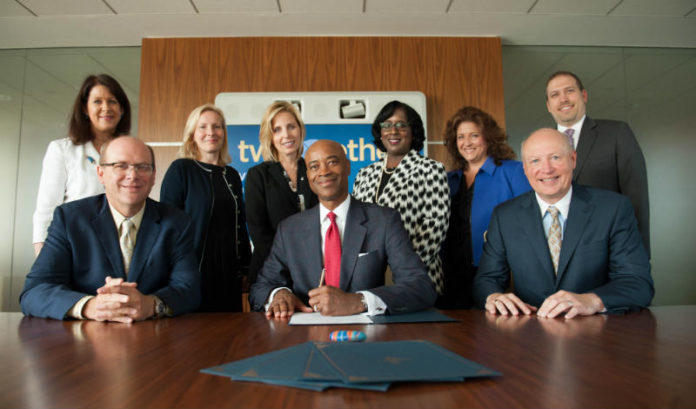 The acquisition of Lourdes Health System by Virtua Health is official Monday, after a Superior Court judge ruled last week to allow the merger to take place.

“Today is the culmination of many months of planning and preparation, and now we can begin the process of building a better, healthier future for the people of South Jersey,” said Dennis Pullin, CEO and president of Virtua. “The best interest of the community has been the driving force behind this process, and it will be our cornerstone moving forward.”

Virtua first began the process in June 2018, with a definitive agreement with Lourdes’ parent company, Maxis Health System. A regulatory review followed, which culminated on June 10 this year, and, following a recommendation by the attorney general and Department of Health, Superior Court Judge Paula Dow approved the acquisition June 15.

The newly merged entity will include both existing boards, but there are ongoing talks on how to consolidate to one board, Pullin told ROI-NJ.

Virtua will maintain Lourdes as a Catholic hospital system, but there is likely to be a rebranding of the two hospitals.

“We didn’t lay off anybody; there were no workforce reductions,” Pullin said, adding that the archbishop of the Diocese of Camden has supported the merger.

“We will be refreshing our brand and our expression of that brand over the next couple months. How long it will take to transition and fully integrate? That’s a big question mark. There are some organizations that have been successful doing it in a year, and others that have taken two to three years.”

The current president of Our Lady of Lourdes Medical Center, Reginald Blaber, will become executive vice president and chief clinical officer with Virtua.

Lourdes was previously in merger talks with Cooper University Health Care, in a deal that included one Trenton hospital, but those talks fell through and landed in court over a $15 million escrow account.

“By investing in Lourdes, Virtua is demonstrating that it is fully committed to the people of this region and that, collectively, we are here for good,” said David Kindlick, chair of the Virtua board of trustees.

In a phone interview with ROI-NJ, Pullin said the combined health system will provide comprehensive care to the southwestern region of the state.

“I felt this was a great move for the community,” he said.

“Our two organizations have very complimentary clinical services, so bringing them together is the right thing to do for the community. Has it been a heavy lift? Absolutely. Any time you take two different organizations and try to bring them together — whether it be a merger, acquisition, membership transfer — there are challenges. But we were able to meet those challenges because we had a mutually desired outcome.”

One of the ongoing challenges is Lourdes’ fiscal health. It’s a challenge Pullin understands and is ready to handle.

“It’s no secret that Lourdes has been somewhat distressed over a number of years,” he said. “I think having the ability to bring the two organizations together, there are advantages to scale, to local governance and merging clinical strategies. We made a commitment to invest in the organization, be it in brick and mortar and infrastructure or electronic medical records — I think it will go a long way in stabilizing the organization. We’re just as bullish about this acquisition today as we were a year ago and I’m excited about it.”