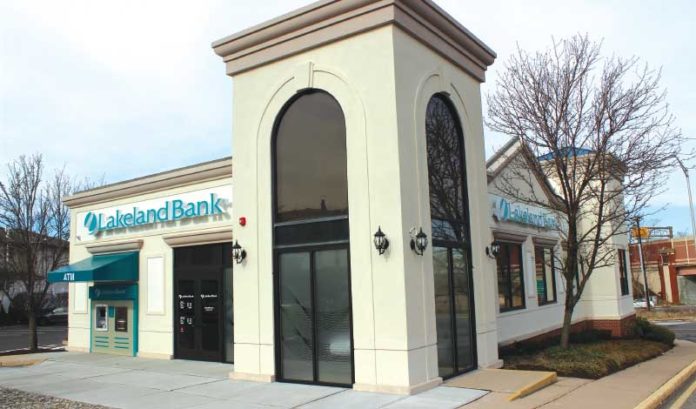 Late last year, Lakeland Bank turned over the keys to one of its long-running bank branches, in Newton. It sold the building and a software maker for the oil delivery business moved in.

In fact, over the past three or four years, Lakeland has shuttered about a dozen other branch offices that were once the bank’s healthy nervous system.

It’s also doing better than ever.

As it marked its 50th year in business with a recent ring of the Nasdaq opening bell, Lakeland celebrated its growth into one of the state’s most sizable banking institutions. It has built a presence that has expanded it far beyond its roots in Newfoundland, a small, unincorporated community that spans both Morris and Passaic counties.

And that growth is because of — and not despite — the fact that the bank is keeping up with trends such as the need to reexamine the branch model and undergo a consolidation. A lot has changed over the five decades of its existence, with the role of retail locations being perhaps the most significant.

“The need for brick and mortar is simply not as prolific as it was in the past,” Thomas Shara, CEO and president of the bank, said. “And that’s a trend we expect is going to continue.”

It’s an ironic twist for a bank that was started by three Oak Ridge businessmen partly because they couldn’t find a bank branch that was close enough to them.

As Shara explained it: “They were all driving 10 or 15 miles a day to make deposits and interact with their bank. There was nothing locally. So, they went out and got a charter to start one themselves.”

The $1 million in capital that started the bank paved the way for the creation of an institution approaching $6.5 billion in total assets today, one stretching from Ocean County to the northern reaches of New York’s Hudson Valley.

And, even if it has consolidated some of its physical locations, Shara said the bank remains attentive to what its customers are looking for.

“We have an incredibly loyal customer base,” he said. “And we work with them in a way that’s locally oriented and sells them what they need, not what we need. … It’s a little old-fashioned, but it works.”

The consolidation of bank branches is a reflection of that. People just aren’t using branches nearly as often for tasks such as depositing checks, Shara said. They want to do that through digital channels.

A bank such as Lakeland has steadily seen the amount of branch traffic decline, as many expected would happen, and use of digital options increase. What’s surprising to bank leaders is how much that shift is evenly distributed across the generational gap.

“Even Baby Boomers have a significant comfort with accessing banks through devices like iPads,” Shara said. “It has been remarkable how these older individuals are getting comfortable with technology and starting to expect that digital strategy.”

None of this comes cheap. The adoption of the latest digital tools, even if banks are scaling back on real estate, has been an expensive proposition for community banks.

“But if you don’t have it, you’ll be marginalized,” Shara said. “That’s happening with a lot of small community banks that are having a hard time competing with the required technology spend.”

A community bank such as Lakeland considers itself a “fast follower” of big-name financial institutions on the tech front, just as it’s following in the footsteps of a larger trend toward bank branch consolidation.

“You can’t outspend them on technology, but you still have to keep up with them,” Shara said. “And, the truth is, a lot of folks don’t want to bank with the big guys. So, there’s a good reason to keep up.”

When Withum’s Ferrare warned of bear market in January, he couldn’t...