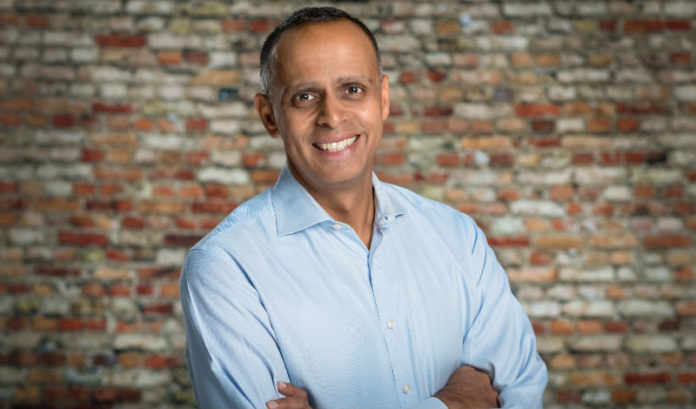 A former Horizon Blue Cross Blue Shield of New Jersey executive has started a company that aims to bring value to businesses — largely health insurers — looking at data of their customers … but it isn’t based in New Jersey.

No stranger to entrepreneurship, Minal Patel, former senior vice president and chief strategy officer of Horizon, has started a couple of companies in the past. One was based in Hoboken and another in Springfield.

But Abacus Insights, the latest, is based in New York City.

“This one, the reason why I (started) in New York City, was really to have the most accessible geography to talent,” Patel said.

“It’s not that New Jersey doesn’t have the talent. We have quite a few people who travel from New Jersey into Manhattan. But I also have people traveling from Brooklyn and Queens that otherwise may not have joined us if they had to make one more leap over the river. So, my New York office is based, literally, four blocks from Port Authority, two blocks from Penn Station, all the subway lines run through here — so there is no one that can tell me they can’t join us because of the commute.”

The company announced May 30 the completion of a $12.7 million Series A financing round, led by CRV, along with existing investors .406 Ventures and Echo Health Ventures.

Patel started the company in August 2017, and has hired employees from along the East Coast, from Florida to Massachusetts.

His target client is the health insurance industry, where data is being collected in droves but not being used well, he said.

“Watching the struggle of trying to get data in order to try to create any kind of value, whether you’re an entrepreneur, physician or any kind of health plan … it just didn’t matter,” he said.

“Because we understood the pain points so much, what we wanted to do and how we wanted to accomplish it was very clear.”

Rather than stay at Horizon and create the software, where it was likely to hit several speed bumps and be a low priority as part of a large organization, Patel chose to leave and spend all his time working on the idea.

Being a startup has its advantages, such as the flexibility to hire remotely. It also allows the company to be nimble, and adapt to changes in technology quickly, Patel said.

“The technologies in the space continue to innovate,” Patel said.

“The two things that really allow this to happen now versus five years ago or 10 years ago, from the technical perspective … is that, one, data is more digitized today than it’s ever been … and the second thing is, now you have data up until three to five years ago, to give us the ability to really leverage the advanced computing capabilities to take large sums of data and really make sense out of it.”

The cloud, specifically, is where all the magic happens.

“Over the last 24 months what has really happened is the clouds — Amazon, Google, Microsoft — they’ve recognized that, if they want to be in the health care space, not only do they have to provide the computing capabilities to do the financial services and for other industries they work with, but health care also has very specific privacy and security requirements,” Patel said.

“Even in the time that we have existed, Amazon, for example, has matured a lot of its components to become more HIPAA-friendly and HIPAA-compliant. That has allowed us to leverage those capabilities in a much more rapid fashion. So, when we first started the company, we had used third-party software, because Amazon’s wasn’t quite ready yet. But in the six to nine months since we started, their products did mature to the point where we could use them. That cycle of innovation in months — not years, and sometimes in quarters — is really difficult for one single entity to keep up with.”

The hope, Patel said, is to have the buy-in of insurers as well as health care business in general — including doctors — but the platform is likely to be able to serve a broad range of business types so entrepreneurs can take advantage of the data analysis he wants to provide.