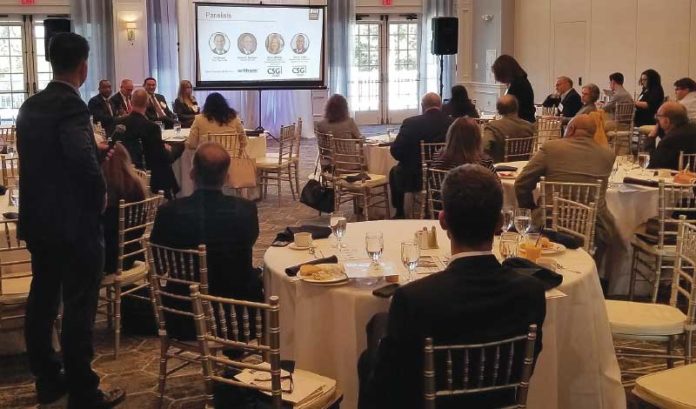 “When the first set of regs came out, nobody was focused on operating businesses and opportunities, it was just mostly real estate,” she said. “So, I can tell you from my personal experience setting up funds, probably 90% to 95% of the funds that have been set up have dealt with developing real estate and not operating businesses.

“I think, now, with the second set of regs, this has been made much clearer and it’s really gone in the direction where it wasn’t initially designed to go into, which is the operating businesses using Opportunity Zone investments.”

If you’re confused about this, don’t be. Most people are.

At least that was the word of the panelists at the ROI-NJ Thought Leadership Series event, Targeting Opportunity Zones, which was held at the Green Brook Country Club in North Caldwell.

The panelists said so much of the initial interest in the program was about real estate that the fact that it could help existing businesses — in fact, that was the main impetus for setting it up — was lost.

“Helping business is a really crucial aspect of the program,” Diaz said. “That really needs to be a focus.”

This idea apparently is gaining traction. So said Bob Demmett of Withum.

“I think there’s a second wave (of investment) coming,” he said. “The first wave was the real estate. That was easy; that was the low-hanging fruit. But I was just speaking to a private equity firm and they were looking at looking at businesses in Opportunity Zones.

“They spoke to me about a truck repair shop. A large business, where the owners are trying to get out, but can’t get the financing to get out. They said, ‘Maybe we’ll invest in this. We’ll get them out. We’ll fund this. We’ll buy a couple of other ones and we’ll benefit from the tax savings.’ So, maybe there’s a second wave coming.”

What that wave will look it is unclear — mainly because the options seemingly are endless.

“It can be as easy as just remediating the soil or putting in foundations and footings,” Zangari said. “I would venture to say that, in many cases, just doing that to a vacant piece of land satisfies the (requirements).”

The program — sponsored by U.S. Sens. Cory Booker (D-N.J.) and Tim Scott (R-S.C.) — was designed to be for much more. In fact, the real estate aspect should just be a starter for business growth, Zangari said.

“If, then, a supermarket chain comes in and sets up a special purpose entity, puts $10 million of plans and equipment inside that vanilla box and operates a supermarket for 10 years or longer, that, too, is an eligible project, on the same piece of real estate.”

Clem Turner, member at CSG, took it a step further.

“Let’s make it even more bite-sized,” he said. “A huge shopping center and grocery tenant coming is a great example, but what about somebody leasing space inside an office building that happens to be located in an Opportunity Zone — or building a building from the ground up and then having some office space available for startup and entrepreneurial funds, which would also be Opportunity Zone businesses.

“You can essentially have people making investments in the real estate and then having those people also make segmented investments in the individual businesses, where you give yourself a huge potential for a nice payout at Year 10 when a couple of those businesses pop, which you know by percentage a certain amount can be expected to pop.”

Zangari then mentioned how infrastructure can take advantage of the program, too.

“With public infrastructure, I think the sky is the limit,” he said. “It could solve a lot of infrastructure problems where we have the money to do the long-term capital investment work that we need to be doing: water, sewers, roads, bridges, tunnels.”

It’s just a matter of getting the word out, Zangari said.

“That’s the piece, frustratingly, that’s getting lost in this,” he said. “The media is focused on this as a real estate play, but Sen. Tim Scott really envisioned this because he had tumbleweed towns in South Carolina that had lost all their downtown merchants.

“(He’ll say) this was really supposed to be aimed at small businesses. That’s the story that’s yet to be told. There’s a lot of potential here.”