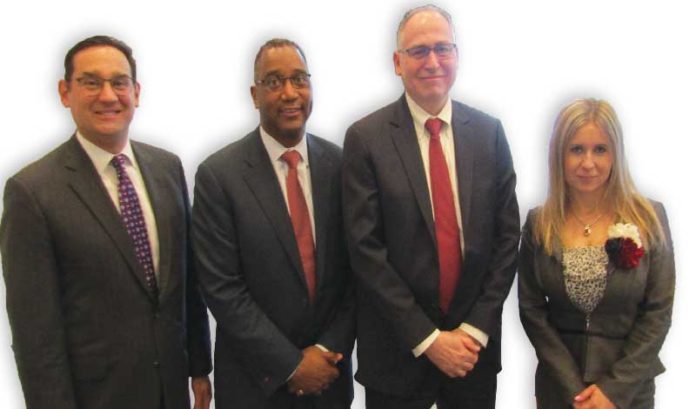 The question — during ROI-NJ’s recent Thought Leadership Series event, Targeting Opportunity Zones — came from the back of the room.

And from a surprising source: an elected official from down the Shore.

Clem Turner, member at Chiesa Shahinian & Giantomasi, was happy to answer. And eager to let all elected officials know the onus is on them to attract Opportunity Zone investment.

“You have to tap the developers that you are familiar with, have track records and history with and can position themselves well in front of investors,” he said. “Ultimately and fundamentally, this is the issue. And I think a lot of people miss this about alternative capital programs. People think if they get the docs and throw them out there, developers will come.”

“What can we do as a municipality to foster connections to build more investment in our Opportunity Zones?”

Turner feels municipalities are in for a rude awakening if that’s all they do.

“They won’t (invest),” he said. “You have to sell it. You have to get an investor to write a check and hand it over.”

And the work, Turner said, doesn’t stop there.

Ted Zangari, member at Sills Cummis & Gross in Newark, agreed. He said towns need to be proactive — and that only municipalities who are will benefit.

Zangari told the crowd at Green Brook Country Club in North Caldwell that towns should put together a book of properties or projects. And he continually reminds anyone who listens that investments can go to businesses, not just real estate.

“Create a war room with color-coded census tracts — and then blow up those census tract maps and take a really granular look at what exists there,” he said.

“And then use a second color code for shovel-ready sites where a real estate project can go up. Or identify abandoned buildings. It doesn’t have to be a ground-up dirt development project. It can be a mothballed, vacant, obsolete building that somebody wants to breathe new life into.”

And then, Zangari said, towns need to be fully aligned behind the projects.

“You need to have a fast-moving planning board, because that’s what we development attorneys like to see,” he said.

Zangari said others can step up, too.

“There is an opportunity for an entrepreneurial broker to play market-maker,” he said. “I think without a market-maker, deals aren’t going to happen.”

Zangari hopes towns are ready — and he holds out hope they got ready recently.

“I think there was one silver lining in the Amazon chase,” he said. “In my view, it was a great fire drill. And not only for the city of Newark and the county of Essex in the state of New Jersey, but for every community in New Jersey, because every community should have lived vicariously through Newark and started to self-audit their towns.

“I think towns need to make sure they are ready for the next opportunity because we are the fight of our lives for jobs. If ever there was a time for a local, state and county economic development officials to step up, this is it.”