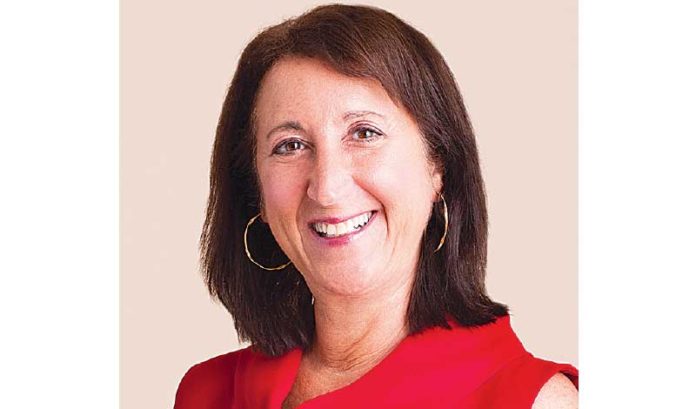 The clock tells her it’s the workday’s end, but Ellen Leinfuss knows better.

That’s because, as she commutes home from her company’s Princeton base in the evening, Australia is just hitting its stride.

Leinfuss is chief corporate affairs officer at Certara, which is a leader in an industry that calls for this sort of global timekeeping: pharmaceutical drug development.

And it’s becoming more and more necessary to keep a watch on what’s going on as far off as Australia as each day passes.

The United States, and the so-called Medicine Chest the company is based in, may still headline drug development efforts, but it’s not the only story today.

A provider of solutions that assist drug development from discovery through clinical stages, Certara has spread its services and products to about 1,700 companies, academic institutions and regulatory agencies in 60 different countries.

“The U.S. is the largest market,” she said. “The second-largest would be (Europe), if you combined all of Europe into one. And then the third, in terms of developed markets, is actually Japan. China is also starting to come on strong. So, our business follows that same cycle.”

We like to recruit the top talent to our organization regardless of where they’re located. That’s how we’ve grown globally and how we’ll continue to.” — Ellen Leinfuss

There’s a head-spinning amount of agencies (and acronyms) that make the rules and decide whether new drugs pass muster. The three big ones are the U.S. FDA (Food & Drug Administration), the EMA (the European Medicines Agency) and the PMDA (Japan’s Pharmaceuticals and Medical Devices Agency).

“They all learn from each other,” Leinfuss said. “Even if the FDA sets the standard, the rest aren’t required to follow. They collaborate.”

What these agencies all have in common, she added, is that they’ve all embraced the benefits of model-informed drug development. Simply put, this is the application of a wide range of models in drug development that lead the decision‐making process and ultimately secure one of these agency’s approvals of a new medicine.

Leinfuss explained that, in the past five years, model-informed drug development “has migrated from more of an academic nicety to a regulatory necessity.” Now, almost every approved drug has leveraged it in some way, she added.

Certara offers guidance on this process, as well as related software for those with drug candidates. More than 90% of FDA-approved novel drugs over the past four years were supported by the company in some way.

Besides consultative services, Certara has distributes a line of software products to emerging markets for drug development such as Korea, Israel and Australia, which Leinfuss said have built sophisticated local pharmaceutical industries.

The company has a pool of about 850 employees, but they’re scattered throughout at least 15 countries due to the industry’s global proliferation. Many of those employees communicate with teams based in other countries remotely.

So that means they, like Leinfuss, often know what time it is on the other side of the world.

“We like to recruit the top talent to our organization regardless of where they’re located,” she said. “That’s how we’ve grown globally and how we’ll continue to.”

Bed Bath & Beyond donates $10M of products to aid communities...