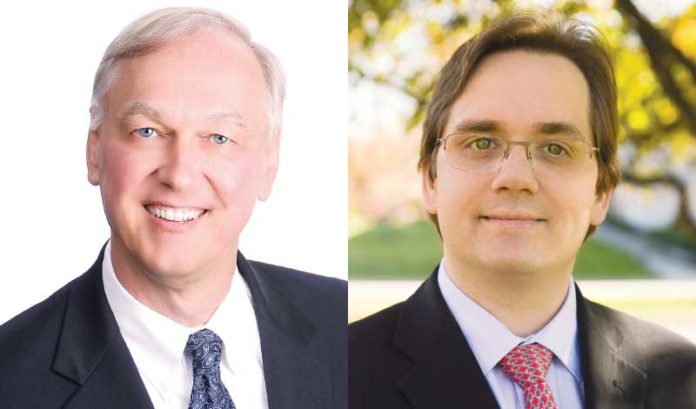 When you spend three decades officiating mergers and acquisitions, you’re going to see more than a few partnerships that everyone involved regrets.

Anderson, however, believes bad breakups are at an all-time low. Buyers and sellers pleased with their bottom line are often finding ways of making things work out in spite of quibbles.

“What’s making deals successful right now is the fact that, when the acquisitions are made, it’s in the context of a very good economy,” he said. “Even if you don’t find that operations are ideal at the company you’ve acquired, the fact that the economy itself is so strong — that tends to pull companies along regardless.”

For that reason, New Jersey’s merger market has remained at the busiest point in Anderson’s 30-year career over the past two years.

“People are buying and selling businesses at a rate I’ve never seen,” he said. “Sometimes, in the past, you’ve had different industry segments pick up an activity — with one area hot and one slow. Right now, there are buyers with money and sellers who see right now as a time to cash out in every industry.”

Other experts in these transactions, such as Jeffrey Cassin of Scarinci Hollenbeck, have been saying the same.

The defining story of dealmaking as of late has been the mixture of high levels of private liquidity, the recent tax overhaul leaving companies flush with cash and baby boomer company leaders retiring. With these ingredients, the market continued to heat to a boil, Cassin said.

M&A is all about buyers, as well as sellers, trying to predict the future. So, you can look at what businesses have done in the past, but now the future is making some people nervous because of the tariffs. It makes it difficult to predict what the next five years will look like.” — Bob Anderson

Although Cassin said a lot depends on particular circumstances when asked whether deals are more often successful today, he did say that he’s noticed both the buyer and seller side of the coin come to these transactions far more prepared than they did in the past.

“M&A actors have gotten more sophisticated using their legal, accounting and other advisers,” he said. “That allows them to ‘spec out’ their deals, basically just using those advisers to make better deals. And it’s the same on the sell side. Overall, it’s a cleaner process.”

Everyone agrees that sellers probably stand most to gain from deals today, due to the higher prices companies are fetching as larger businesses and private equity firms compete for the same deals.

Cassin said what’s fetching a higher price than ever today are companies that specialize in “human capital.” That means sales forces, IT teams and other employee-heavy operations.

“I think that’s a cool trend, because it means companies are really valuing people,” Cassin said. “And it might not have to do with general unemployment —and firms struggling to find talent —but just what businesses most need today.”

Even if the pricing of businesses is in flux, Cassin doesn’t expect any near-term issues that will make deals more difficult to pull off.

“Even when there is economic slowdown, M&A activity doesn’t always take a hit because you might just see a flip to it being more of a buyer’s market,” he said.

Anderson, on the other hand, wonders how much the international trade situation and new tariffs could start to deflate the ever-expanding appetite for acquisitions.

“M&A is all about buyers, as well as sellers, trying to predict the future,” Anderson said. “So, you can look at what businesses have done in the past, but now the future is making some people nervous because of the tariffs. It makes it difficult to predict what the next five years will look like.”

Without having seen any sort of impact yet, Anderson suspects that the economic saving grace less than perfect partnerships have had over the last few years might soon be a thing of the past.

“As it becomes more difficult to make predictions for what things will look like a few years out, that will make some more uneasy about what deals they’re putting together,” he said. “So far, activity is held up in the face of all that. We’ll have to see if that changes.”

Zooming ahead: Pandemic has accelerated need for would-be accountants to have...