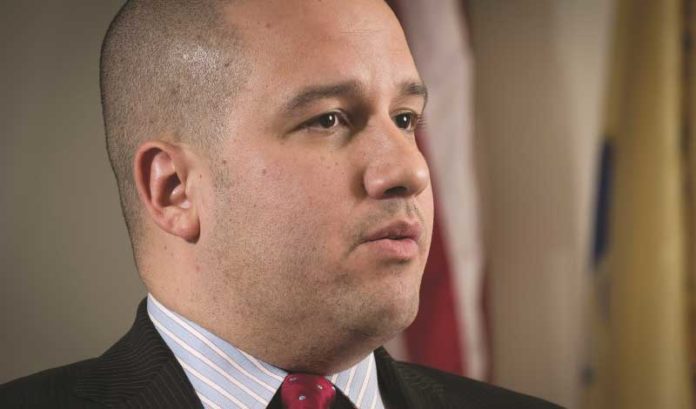 Jose Lozano understands that economic incentive packages are a key element in bringing companies to a new location.

He also feels they are not the only one.

As he marked the first anniversary of running Choose New Jersey as its CEO and president in June — a year that saw the state’s incentive programs in the spotlight throughout — Lozano cited one statistic on incentives that he feels few in the state realize.

“Last year alone, Choose was responsible for 45 companies coming into New Jersey, of which 40 did not receive an incentive,” he told ROI-NJ.

Lozano said incentives are a tool in a toolbox, before emphasizing they are not the most important tool — and should not be the first one used.

In a sit-down with ROI-NJ, Lozano discussed his first year at the helm of Choose — discussing how he has helped changed the group’s focus as well as what states and sectors the company is focusing on.

Lozano said the agency, which Gov. Phil Murphy describes as “outside the castle but inside the kingdom,” has pivoted to focus more on marketing the state in other states and globally, rather than boosting the brand of the agency in-state.

He has been focused on his task of selling the state both in the U.S. and abroad. And, just five months after starting the job last year, Lozano spearheaded a trip to Germany and Israel for the governor to spread the message that New Jersey was open for business.

This summer, Choose and business leaders are headed to Ireland, without the governor, but have also planned a second trip — with the governor — to India in September.

The former chief of staff of Hackensack Meridian Health, who headed Murphy’s transition team, did not want to discuss the controversy that engulfed him: A legislative committee criticized his role in the handling of an alleged sexual assault of a then-campaign volunteer who now serves in the Murphy administration.

Lozano has said both in testimony and in public that the governor’s team should have communicated differently and handled the situation better.

The following is a look at the conversation, edited and shortened for clarity:

ROI-NJ: You took over an agency that was started by the prior administration; what remains the same and what has changed in the last year?

Jose Lozano: I think we can all agree that economic development is in the best interest of the state and a nonpartisan issue. Where I think Choose has evolved and is a little different than it was in the previous nine years, is that we have a clearer focus on the sectors we want. We have done the research that has been lacking in the state … so I think Choose is more honed-in and focused and has a more targeted approach.

We have taken (target) sectors and overlaid them with where they make the most sense domestically, but also internationally, and tried to identify who has the greatest (foreign direct investment) opportunities. This administration was really forward-thinking in creating an international affairs office to be complementary to the efforts being done by Choose. So, they’ll deal with the diplomatic relations and helping us verify that the strategies and the sectors we are focusing on make the most sense.

ROI: So, you’ve shifted the focus, and even the ad dollars. Rather than marketing Choose in the state, that has moved out of state, right?

JL: That’s right. I do like to remind people about what the agency is in-state, but if I want someone to choose New Jersey, we are trying to attract them from outside our border. So, yes, there will be some residual stuff in New Jersey, but we are trying to capture the largest market in the world, New York, and the fastest-growing, Philadelphia. But, we are strategically looking at California, Massachusetts, Georgia and Austin (Texas) in the domestic side of the house.

ROI: How much was shifted?

JL: In marketing, there is never enough money, but we’ve put a majority of a shift looking outward. But we are trying to get creative in working with our partners to leverage marketing and advertising opportunities for the region and for the nation and for the world.

ROI: You started economic mission trips last year, with Germany and Israel, and you set up a European office in Berlin. How is all that going, and what’s next?

JL: In Germany, we are almost at one year from the trip. Not only have we had one company plant the seed here, but we’ve had discussions with partners for apprenticeships and programs. There are some ongoing conversations with companies. In Israel, we’ve had tremendous activity with the Israel Innovation Authority working with the Economic Development Authority; we have about half a dozen companies we are in serious discussions with and are looking at sites from the trip. I feel really good about those two trips and feel good about the trips in the future.

ROI: What’s the plan for India?

JL: We have not only the tech sector, but also the life sciences and the pharmaceutical sides that are extremely strong in India. For folks that don’t know, India is one of our strongest FDI partners. If you look at some of the largest companies in India that have presences in the U.S., more often than not, they have headquartered here in New Jersey. So, there is a balance of bringing in new companies, but we are also going to meet with the executives of companies that are here and explore what opportunities they have to grow here in New Jersey.

ROI: How has the battle over incentives affected your work, if at all?

Last year alone, Choose was responsible for 45 companies coming into New Jersey, of which 40 did not receive an incentive — they still came here on their own as the next best step for their companies.

ROI: Which sectors are showing the most interest?

JL: Life sciences is still one of our strongest; logistics; advanced manufacturing. E-commerce is something New Jersey continues to dominate and most folks don’t talk about, and the food industry is still booming in New Jersey. Right now, we are trending at a really good pace for this year. I feel we will end the year with 50 or more companies coming in. And a majority of those will not go for incentives.

ROI: New Jersey still remains hard to do business in when you are starting a company. Have you seen that?

JL: I think every company goes through new challenges. I think the administration and folks in government have done their best and not create this red tape mentality. The Business Action Center is a great resource we give companies to help them navigate.

ROI: What are some of the strategies you are using to attract businesses?

JL: In some markets, we are going more digital than some of the traditional on-the-air. We are looking at the folks and what they are reading and spending their time on. Some of them are digital. So, what a startup tech company is reading is different from what a site selector is reading or what a pharmaceutical company is reading. So, you’re looking at multiple kinds of publications and they all have very different narratives. Some are straight advertising and some we are trying to do interviews and Q&As.

And then we’re being a little more out of the box, I think what typical governments don’t do. We’re geotargeting very specific regions in New York City in getting very specific content and messaging for very specific individuals — not only in age and demographics, but in sectors of where they are working and targeting things like living and working and playing in New Jersey is as good as the city or Philadelphia.