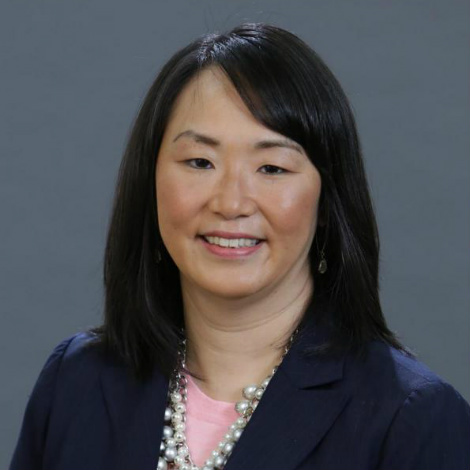 Allison Ladd has been appointed by Mayor Ras Baraka as Newark’s next director of the Department of Economic & Housing Development, city officials confirmed Wednesday.

The announcement serves as the culmination of a nationwide search that began in February.

Ladd, who will leave her position as deputy director and chief of staff of the Department of Housing and Community Development in Washington, D.C., has two decades of experience in urban planning and economic development.

She is replacing the retiring John Palmeiri. She will begin her role in August.

News of the announcement was first reported in the Wall Street Journal.

“The mayor has a bold vision for the city as far as economic development, equity and growth and being able to have the residents who have lived here be able to stay in the city,” Ladd told the Journal.

The search was conducted by a task force headed by two of the most influential economic development leaders in Newark: Aisha Glover, the CEO of the Newark Alliance, and Ommeed Sathe, vice president, impact investments for Prudential Financial.

“Given the city’s pivotal position in growth and development, we conducted an intensive search and spoke with impressive candidates from across the country,” she told ROI-NJ.

“It was an honor to work on behalf of the administration to help identify a like-minded and progressive leader with deep experience and comfort level working within an urban environment who is equipped to advance equitable economic development.

“We found that and more in Allison.”

Ladd comes to Newark during a time in which housing is a top priority.

Later today, Gov. Phil Murphy will be in Newark to sign a land bank bill that Baraka has said will help transform the city’s housing issues.

Baraka has said the bill will help Newark find usage for — and potential housing in — its more than 1,000 vacant and abandoned properties, as it would allow a municipality to enter into a land banking agreement with a nonprofit or a redevelopment entity.

“We’re really going to try to tackle a lot of infill housing and the neighborhoods, a lot of abandoned property, the vacant lots that exist there,” he told ROI-NJ last month.

“We are going to try to use some of the growth in the equity and the wealth going to downtown districts to help us support the kind of growth in those neighborhoods and those corridors.”

Last month, the Newark Housing Authority announced it is looking for development partners to develop five sites in the city, ranging from affordable housing to market-rate and commercial development.

The NHA said it issued a request for qualifications and proposals from private development firms to serve as partner to the NHA and various stakeholders.

And the city of Newark was one of 10 cities across the country selected in June by Bloomberg Philanthropies, the Bill & Melinda Gates Foundation and the Ballmer Group to participate in a national initiative to identify, pilot and measure the success of interventions that will accelerate the economic mobility of their residents.

The cities will participate in an 18-month program in which an existing social program that appears to have the makings for success is given assistance by numerous top-level national organizations. Officials said there will be an emphasis on using data to create processes and solutions for the city, while creating a blueprint for success that other cities can emulate.

Newark, which saw its first two market-rate housing structures in years both begin leasing in the past year, has nearly $5 billion in economic development projects in the system.

Ladd has served in her current position in D.C. since February 2015. Prior to that, she served for more than eight years as the associate executive director of the D.C. Housing Finance Agency.

She served in numerous other government roles in urban planning in both Washington and Maryland before that.

‘Numbers don’t lie’: When it comes to wealth — and opportunities...