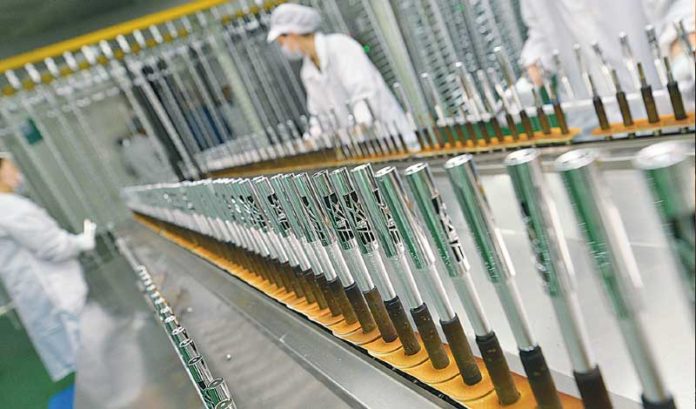 Even in the beauty industry, competition can get ugly.

As global businesses try to make up for tariff costs, companies vying to supply the world’s mascara packages, lipstick cases and other packaging products are operating with margins that have been cut razor thin. So, they appreciate any advantage.

That means not every tariff is received the same as the last.

“Mexico has become a threat to me because some of my competitors have factories there,” said Barry Freda, CEO of WWP, a leading provider of these packaging components. “So, a tariff there would actually help level the playing field.”

WWP, which is based in Florham Park, chose China for its big manufacturing base. One of its factory campuses has been singlehandedly producing more than 300 million units of cosmetic and skin care packages each year. And WWP invested in other Chinese manufacturing facilities, too.

Anyone keeping up geopolitical events knows how that story ends.

“These new tariffs on China have been causing me and everyone else in my industry and others quite the sleepless nights,” Freda said. “They’ve added a 25% cost on top of the 3.5% that already existed. That’s pretty significant; you’re almost at a third of the price of these materials tacked on by tariffs.”

President Donald Trump’s vow to impose a 5% tariff (possibly 25% by the fall) on goods from Mexico? That doesn’t have quite the same sting for his business.

At the end of the day, like many internationally minded business leaders, Freda would prefer to see an altogether reversal on tariffs. With that being the current weapon of choice in trade wars, however, he and others aren’t sure how far off that prospect is.

But, the problem is, the cost of these tariffs isn’t something he can afford to levy on customers.

“We can’t do something to customers that will make them not our customers when it finally ends,” he said. “And we have to believe the tariff is ultimately going to go away.”

This is the way a lot of global businesses with New Jersey roots seem to be thinking: The tariffs are (hopefully) temporary. But just as many companies are hedging their bets.

Jessica Warwick of Supremia, a Garden State packaging and promotional products company with international manufacturing partners, said her company has been moving a lot of production capabilities to other parts of Southeast Asia, such as Cambodia and Vietnam.

“We’ve especially done that with all the recent news that’s going on with Trump and tariffs in China,” she said. “That made an immediate impact on our Chinese budgets and business plans. We’ve had clients with purchase orders for things that were pulled back because of increased cost. So, we’re trying to stay ahead of that by looking for options for mass production outside of China.”

Supremia was actually one of the first companies producing on a mass scale in Vietnam and Cambodia. And Warwick, vice president of client services at the business, admits it isn’t an easy out to the ongoing U.S.-China trade skirmish.

“Some of the infrastructure in those regions may not be as strong as what we’re used to,” she said. “Also, we find a lot of these regions are still reliant on China for certain materials, so the lead times can be a little longer.”

Warwick added that some of these other countries, after spending many years serving only a local market, are still a few steps behind what’s required to be in compliance with various regulatory structures widely utilized in global business.

“We’re working on getting them up to speed … and, so, hopefully, we will suffer little disruption in converting over from China,” she said.

WWP’s Freda said China itself isn’t perfect for competitive industries such as cosmetics — where having a product arrive a day late is more than enough reason to put you in the penalty box.

“There are problems from time to time in China,” he said. “You can have your schedule set and then find out from the government Saturday that there’s going to be no power Wednesday for half the day. You can imagine what that does to your schedule.”

However, Freda said there remain few alternatives when it comes to global production.

He said that, in the beauty industry, big brands aren’t interested in spending time requalifying products that come from outside of China’s established manufacturing centers. And he’ll argue that those that made the decision to invest in controlling their own factories in manufacturing hubs such as China are on the right course, tariffs notwithstanding.

That’s something WWP did under his leadership in 2012, when it opened its first fully owned factory in China. He found that working with overseas factories just wouldn’t leave room for innovation otherwise.

“The acceptance of doing things for free or spending time on things that might not bear fruit was very limited, so you either paid for it or you convinced them to do it and, when it wasn’t a winner, they’d be less than thrilled when you went to them with pie-in-the-sky design,” he said. “I just couldn’t see how we could control innovation that way.”

Even with amplified trade tensions, Freda expects more companies over the next five years will take a more hands-on role in manufacturing and production overseas.

“My belief is that, today, you need to take control of all facets of your business, not just sales and finance and the obvious,” he said. “You can ask me in a few years if we were right or not.” 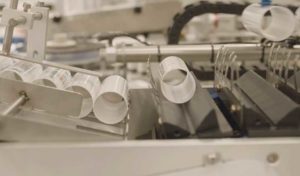 Among the eco-friendly millennial crowd, plastics are out of fashion.

WWP, which deals with cosmetic packaging components like the plastic tubes on lip gloss, is well aware of that.

Barry Freda, CEO of the company, said the demand for sustainable alternatives is a new challenge for those in the industry.

His company has been named the country’s exclusive distributor for plant fiber polymer, or PFP, component packaging. These packages are created from renewable raw materials claimed from farm byproducts such as sugarcane.

“The interesting part of sugarcane is that this isn’t a crop made for consumption,” he said. “It’s not as if we’re diverting a crop that would otherwise be a food source for our packaging.”

It would seem that the entire industry is shifting to the use of just this and other sustainable materials. But strict budgets are still in style.

“The truth is, sustainability comes with a cost,” Freda said, “and not everyone is willing to pay it.”