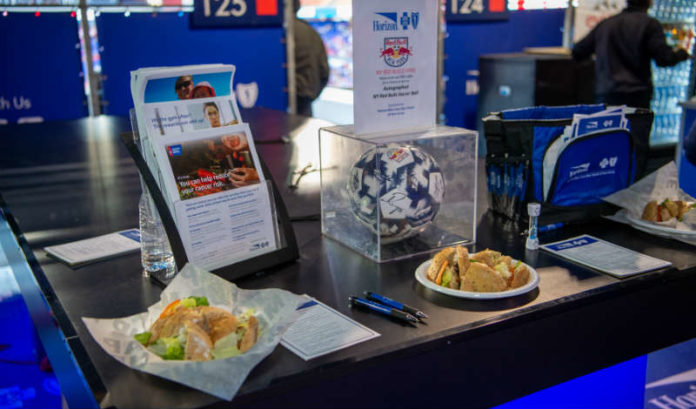 No, farro is not a one-on-one soccer move the New York Red Bulls players are testing out. It’s a grain that’s the focus of a new salad being offered at Red Bull Arena, as part of Horizon Blue Cross Blue Shield of New Jersey’s “Horizon Health Goal Food Stand” effort.

Horizon, a partner with the Harrison-based soccer club, is expanding its healthy food offerings at the stadium, starting with this weekend’s game against rival New York City FC.

The new items will include a turkey avocado wrap and the aforementioned farro salad, the club told ROI-NJ. For the NYCFC game, the stand will also feature a blender bike, where fans can make a banana berry smoothie.

“Horizon Blue Cross Blue Shield of New Jersey is a valued partner who, like our club, believes in health and wellness for people of all ages,” said Marc de Grandpre, general manager of the Red Bulls. “The new, delicious culinary additions to their Healthy Goal stand in Red Bull Arena will be a big hit with our fans.”

Mansue’s advice: Be authentic and true to yourself