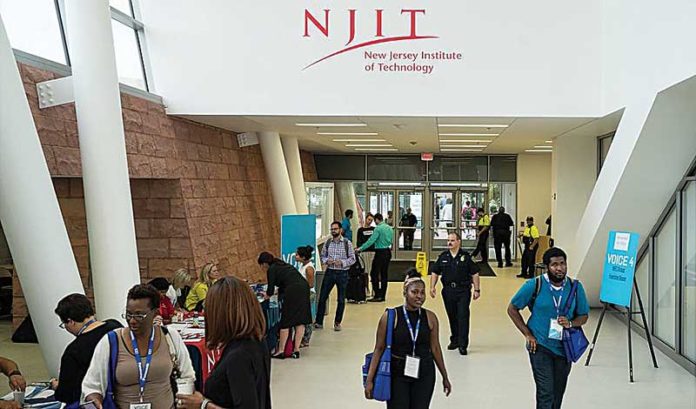 Joel Bloom can’t give the specific time he realized the VOICE Summit — now in its second year — was intrinsically linked to New Jersey Institute of Technology, generating publicity and connections that schools of higher education can only dream of.

The reason: There have been too many of those moments in just the past year.

It happened just last week, when he was in Seattle. He was visiting Microsoft headquarters, talking with executives — many of whom are NJIT grads — and learned many were coming home to go to this year’s event.

It happened last month, when he was speaking in New York City at a United Nations event and representatives from Korea and Qatar approached him just to say they were heading to NJIT for the event.

It happened earlier this summer, when representatives from some of the schools in Europe that NJIT has partnerships with reminded Bloom they would be coming to his campus soon.

Bloom, who has worked at NJIT since 1990 and became president in 2012, said it’s unlike anything he has seen.

“It’s polished our brand,” he said. “People now know our relationship with this conference.

“It’s created a perception that of NJIT as a national and international technological university looking at the advanced technologies. And that’s helped us move our research ahead.”

The conference, which will take place July 22-25 this year, is expected to draw more than 5,000 people — close to double the number who came to the inaugural session in 2018.

The benefits of last year’s event are still being felt, NJIT officials said.

More than 1,100 pieces of content were produced in 12 countries. The school estimates the total reach of nearly 200 million views was the equivalent of a $1.8 million ad buy.

Then there’s the dollar amounts that can be counted. School officials said they had multiple space rentals come directly as a result of the VOICE Summit, with conferencing space rentals exceeded revenue goals by more than 20% for fiscal year 2019.

And, while Bloom did not want to specifically tie the event to faculty hires, he did feel the connection — especially in the areas that touch voice technology — were unavoidable.

“I can’t say that the VOICE conference has influenced people to come to work at NJIT, but it’s in our brand,” he said. “It’s in everything we market, so there’s got to be some relationship.”

“If you’re going to get a brand, there’s always upsides and downsides — but right now there’s only upsides to be branded with Amazon,” he said.