Home Industry Get with the plan: Women’s Center for Entrepreneurship in Chatham is textbook...
Facebook
Twitter
Linkedin 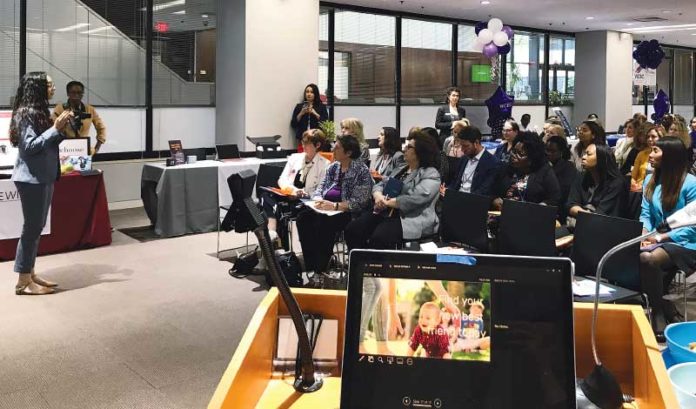 The way to grow the New Jersey economy and help the state regain its name as a center for startups is not necessarily being figured out in Trenton.

And it certainly doesn’t have anything to do with the battle over tax incentives.

No, the New Jersey economy of the future is being developed with the help of incubators and nonprofits throughout the state. The ones that are able to give entrepreneurs a chance to simply survive — with hopes to thrive.

It’s being done at places such as the Women’s Center for Entrepreneurship in Chatham.

The organization marked its 10th anniversary in June at its 2019 Business Plan Expo, a celebration that doubled as a coming-out party for its latest cohort of small businesses.

They were started by those of all backgrounds: One entrepreneur was a recent college graduate, another in a mid-career change, plus a single mom and a few immigrants.

Each presenter had four minutes to give her elevator speech/business plan and then took two minutes of questions from an audience that included potential investors, partners and friends of the startup community.

All of the presenters had two things in common: They were women. And they needed a boost.

Rana Shanawani, the WCEC’s CEO and executive director, said the cohort represents what the WCEC is all about.

“Today was the culmination of a year’s worth of classes, programs, counseling and mentoring that our fledgling startups have completed,” she said. “They’re all in the very beginnings. This was a public launch.

“All of them have gone through one of our startup programs or they did some one-on-one coaching specifically on their business plan. You could see that they are still piloting the process.”

Entrepreneurs are required to pay a nominal fee for classes — just so they have some skin in the game, Shanawani said — but the programs are heavily subsidized by grants and sponsorship dollars.

Its biggest supporter is the Small Business Administration, which shares the WCEC’s vision of building a diverse community of entrepreneurs from underserved communities. It’s followed by the state’s Office of Faith-Based Initiatives.

“We are very proud to be able to serve the underserved communities,” Shanawani said. “That’s why we keep our costs to our clients at a minimum.”

Sure, they are hoping to eventually pick up some of these companies as clients, but their interest in building a new economic ecosystem is just as strong.

Shanawani, who has headed the WCEC for four years, said more of that spirit is needed for the state to grow.

“New Jersey needs to do everything it can to help small businesses,” she said. “People are fleeing the state. That’s well known.”

So are the solutions to the problem, Shanawani said.

“There are so many things that we can do from the top down and from the bottom up to help small businesses,” she said. “From the bottom up, it’s a matter of giving more funding to nonprofits that help socially economic disadvantaged entrepreneurs. The success rate goes from 50% to 80% when they get technical support, such as training, coaching, mentoring, knowledge and introducing them to other entities that are specialized in things.

“From the bottom down, the laws, regulations and municipal codes need to get better and more improved for small businesses.”

Shanawani quickly rattles off just one example, talking about how New Jersey is the last state that requires entrepreneurs to do their work in a commercial kitchen from Day One — instead of using the kitchens in their homes.

“I have so many entrepreneurs who have to go and pay for a commercial kitchen, minimum $25 an hour,” she said. “What does that do? It makes them go bankrupt.

“They just give up, because now they have to price their products at some astronomically higher prices.”

New Jersey can take a lesson from other nations, too.

Before coming to the WCEC, Shanawani was the CEO of a microentrepreneurship organization in Syria for seven years and saw how startups can be supported even in war-torn countries.

A bigger lesson, she said, came on a recent trip to Montreal.

“When I told people I went to the local Starbucks equivalent, Tim Horton’s, the people who are living there shamed me,” she said. “‘Why would you go there?’ they asked. ‘Why wouldn’t you go to a local shop right there. It’s an independent.’”

The scolding, she said, warmed her heart.

As someone who works to promote small business, it was so nice to see others supporting them, Shanawani said.

“There are so many mom-and-pop shops, very few chains,” she said. “And, from the bottom up, there is enormous encouragement for entrepreneurs to start and to grow and there’s a culture in the community to patronize them.

“Every Saturday is Small Business Saturday.”

The WCEC will continue its efforts to bring that type of atmosphere — and those type of startups — to the state.

Some of the six in the cohort will go on to Level 2 and Level 3 training.

It’s a great goal, but Shanawani emphasis that entrepreneurs can start at any level.

The WCEC, she said, is here to help. They want to see the state grow. And that’s all the incentive they need.