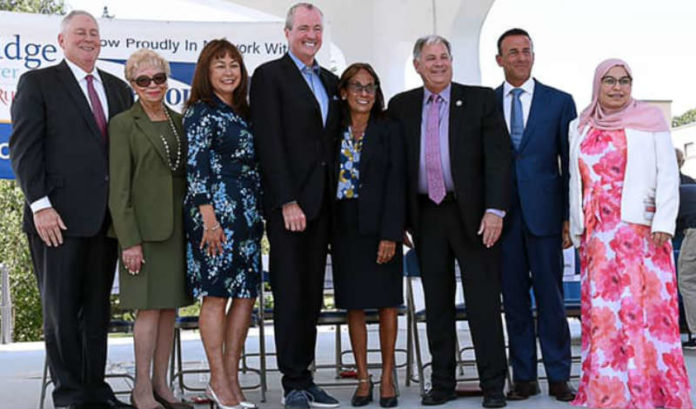 There were many things on Deborah Visconi’s to-do list when she took over as head of New Bridge Medical Center in October 2017 — that’s what happens when you take the leadership role over a 100-year-old Bergen County hospital known mainly for behavioral health services that had fallen out of favor with patients and providers.

Perhaps none was as important as building a relationship with Horizon Blue Cross Blue Shield of New Jersey.

It was one of Visconi’s first calls.

And it didn’t go well.

“Horizon’s first response was they had a lot of coverage in Bergen County already,” Visconi told ROI-NJ.

Undeterred, Visconi built up Paramus-based New Bridge’s relationship with other providers, securing contracts with Aetna, UnitedHealthcare and Cigna before making a second push at Horizon.

That second effort paid off this week, when the two groups announced Horizon had become an in-network provider for the state’s largest hospital — an announcement so important that even Gov. Phil Murphy attended.

This, to be sure, is not just your regular agreement.

Visconi and Horizon Executive Vice President Allen Karp both feel New Bridge can serve as an example for comprehensive health care moving forward, as it has the ability to combine both behavioral and clinical care in the same setting.

The combination was cheered by Karp.

“What’s unique about this facility is that they’ve been known for behavioral health and substance abuse services, but they also have added medical services,” he told ROI-NJ.

“Part of our strategies moving forward is to integrate the physical medicine piece with the behavioral health piece. What happens oftentimes today is that diagnoses are missed because there’s no connection between the primary care physician and the behavioral health provider. Their model is sort of built on that here.”

Karp said this ability to discover and treat all sorts of issues at one time in one place is key.

“We are focused on integrating behavioral and medical because we believe that we’ll be able to reach more folks who have behavioral health conditions,” he said. “Oftentimes, depression and anxiety are missed and that’s a big driver of the problem. So, given their track record and what they’ve been able to do in the last 18 months, we thought it would be beneficial for us to have a relationship with them so that we can meet those needs of our members.”

The partnership will allow approximately 230,000 Bergen County residents access to the facilities.

Visconi is eager to provide whatever care is needed.

“We have so many things already that we’re thinking about doing,” she said. “It’s about more than just providing care. It’s providing care outside the walls of the hospital, being able to reach out to the communities, identifying the gaps and responding to those needs.

“We have everything here and now, with Horizon, the possibilities are endless.”

That’s quite a jump for a health care facility considered out-of-date just 18 months ago.

Updating the Bergen County community is another item on Visconi’s to-do list.

She knows it’s important because she admits — even as a longtime health care executive and county resident — she wasn’t up to speed on her first day.

“I didn’t fully understand how much potential is here, and I’m a Bergen County resident for 25 years,” she said. “Like everyone else, I saw it, but I didn’t understand it. And then, when I got here, I said, ‘This is amazing.’”

Visconi soon learned she had a team in place that could help lead the heavy lift.

“The possibilities of what we can do here with our services is great, thanks mainly to the dedication of the staff,” she said. “That’s what really what struck me. There are people here who have celebrated 50 years and 40 years of service.

“They’ve been taking care of the most vulnerable populations, the people that nobody wants to take care of. Now we’re going to be able to take care of everybody else in Bergen County that has the needs of our services, whether it’s behavioral, substance or population health.

“It’s so validating and gratifying to be able to come into a place like this and transform it and be able to provide critical access and critical services with an engaged staff — which is just so enthused and passionate. They are the reason we can do this.”