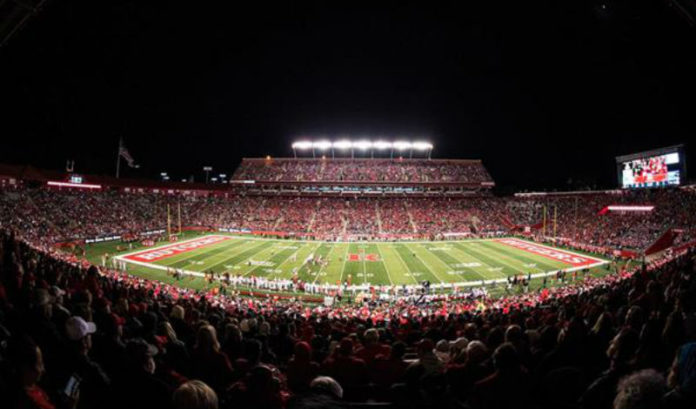 HighPoint.com Stadium is no more, as Rutgers University’s football stadium has a new name and, with it, a new partner.

And that partner may be one of the biggest companies in the state you’ve never heard of.

Rutgers announced Friday its new multiyear naming-rights partnership with SHI International Corp., a Somerset-based information technology solutions firm that has some 4,000 employees around the globe and upwards of $10 billion in revenue.

The agreement will name the 52,454-seat venue, which serves as home to Rutgers football and men’s and women’s lacrosse, SHI Stadium (pronounced using its initials “S.H.I.”).

The Rutgers Department of Intercollegiate Athletics said the school will host its first sporting event at the newly-named stadium on Aug. 30, when the Scarlet Knights celebrate their history as the “Birthplace of College Football” and the sport’s 150th anniversary.

“This partnership formalizes the strong bond that has existed between Rutgers and SHI for almost 30 years,” SHI International CEO and President Thai Lee said. “Nearly 350 Rutgers alumni currently work at SHI, and more of our employees earned their degree at Rutgers than any other single college or university. With deep roots in New Jersey and influence felt around the globe, both SHI and Rutgers share a history, culture and commitment to excellence that will make this partnership especially rewarding.”

“As the State University of New Jersey, we are thrilled to partner with SHI,” Pat Hobbs, director of athletics at Rutgers, said. “Headquartered right here in Somerset, SHI proudly embraces its strong Rutgers ties. As we celebrate the 150th anniversary of college football here at the ‘Birthplace,’ we are delighted to partner with a company that shares in our relentless pursuit of excellence. This partnership will positively impact athletics, the university and the New Jersey community.”

Under the deal, SHI will receive brand exposure through signage in and around the stadium, including on the scoreboard, campus directional signage and logo placement on the field. Additionally, SHI will receive promotion through a variety of print, digital, radio and television assets.

In addition to its Somerset headquarters, SHI has a major integration center in Piscataway.

Caldwell U. to offer bachelor’s in environmental science