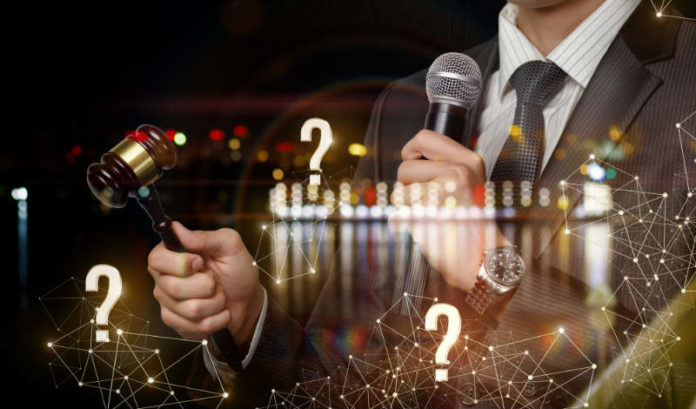 As a longtime steward of Newark, Gibbons P.C. was more than happy to get involved in the inaugural VOICE Summit last summer.

“When Pete Erickson decided Newark was the place to establish the VOICE conference, we saw it as an incredible step for them to take,” Mark Kuehn, counsel in the firm’s corporate department and director of corporate business development, said. “We’re proud of our connection to Newark and feel very fortunate to be anchored in Newark, so we knew what it meant.

“For folks outside the New Jersey, New York and the Northeast corridor, coming to Newark is probably not something they think about. Now, they do think about it and we’re honored to be a part of it and a part of that brand.”

Gibbons’ connection to the event, which will take place next Monday-Thursday on the campus of New Jersey Institute of Technology, is even greater this year.

Representatives of Newark Happening, an arm of the Greater Newark Convention and Visitors Bureau, will direct attendees to Gibbons’ headquarters, where they will have access to docking stations and charging stations, as well as food and drink.

Cannone said the firm was eager to increase its relationship with the event.

“Last year’s event showcased Newark and showed how it is an anchor for technology, particular voice technology, with Audible there,” he said. “We view this conference as an industry-leading event. We thought it was such a wonderfully well-done event last year that we wanted to be even more involved this year.”

Cannone, the chair of firm’s corporate practice, said so many of the firm’s assets work well with those attending the event.

“We’re a firm that promotes (entrepreneurial) thinking — and emerging growth tech is an important part of that,” he said. “And it comes out not only on the corporate side, but also from our Intellectual Property Department. We have one of the leading IP groups in the area for trademark, patent and copyright, which lends itself to the tech community.

“This is something we’ve been involved in for a while and it’s something that we want to promote and educate more of the community about our depths in the area.”

That depth leaves the state, too.

“I humbly say, I don’t believe anybody in New Jersey has a cross-border practice like we do,” he said. “We represent major international institutions routinely for their work in the U.S., and that lends itself to emerging growth technology from overseas that are looking to expand within the voice industry.

“We have 30 lawyers who are fluent in 10 languages in which we transact business.”

Kuehn, the founding chairman of ACG New Jersey and well-known for his work in the entrepreneurial space, said he is thrilled the event is another way Newark is rebranding itself as a center for business.

“We’re fortunate to be an anchor of the Newark community and the expanding economic community here,” he said.

Defund the police? Murphy says commitment to building communities is the...