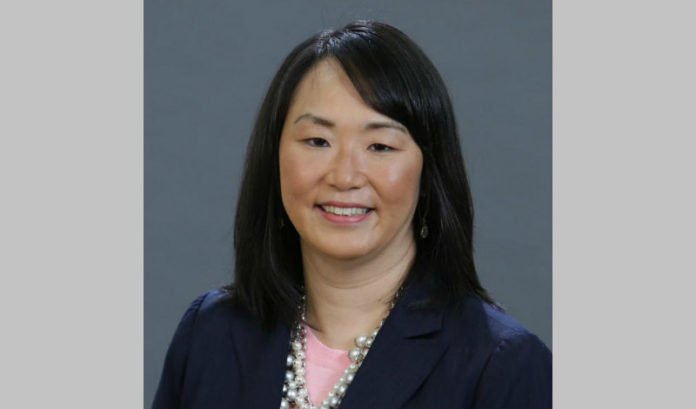 The midsize city was facing a housing crisis. The much-needed drive for commercial growth was bringing new businesses, but there was a concern that this influx of companies — and their new workforce — would push out longtime residents.

Washington, D.C., Mayor Muriel Bowser created a Housing Strike Force to find solutions to the problem before it started.

The group has been a success. One of its recommendations was to establish a Preservation Unit led by a preservation officer and a Public-Private Preservation Fund, which would provide seed funding to facilitate early investments while leveraging greater amounts of private capital to preserve affordable housing.

The fund has been a huge success, helping to finance more than 1,000 housing units in less than a year.

It’s one of the many housing and economic development initiatives Allison Ladd worked on during her more than two-decade professional life in Washington, D.C., and Maryland. And one of the many reasons she has been selected to be Newark’s director of the Department of Economic & Housing Development.

Ladd sees the parallels between the cities.

“I think D.C. has been challenged with similar situations as Newark has, as it relates to housing and rising cost of housing,” she told ROI-NJ. “In D.C., the mayor created a task force of public-private partnerships who looked at preservation strategies with the single purpose and the single goal of creating new funding mechanisms, new programs, new outreach for us to preserve every unit that was affordable and at risk of going market.

“D.C. now has a new fund that leverages public funds 3 to 1, we have a new small building program, which helps the mom-and-pop owners who are trying to hold on to their property by providing funding for a new roof, HVAC systems or just some type of common amenities, and we also make sure that the city has the first right to purchase any properties that are going up for sale.

“Mayor Bowser wanted any person and every person who wants to live in D.C. to be able to live there, and she charged us with figuring out how to bring the resources to make that happen.”

Newark Mayor Ras Baraka has the same philosophy. In fact, Ladd said Baraka’s vision for the city became a major reason she was attracted to the job.

“As I got to know the mayor and could see his bold vision for economic development and equity-balanced growth, I knew that this was going to be a great next step for me along my career path,” she said.

Ladd has been the deputy director/chief of staff at the D.C. Department of Housing and Community Development since February 2015. Prior to that, she was the associate executive director at the D.C. Housing Finance Agency for more than eight years.

She was hired in Newark after a national search that was led by two of the city’s most prominent economic development leaders: Aisha Glover, the CEO of Newark Alliance, and Ommeed Sathe, a vice president in impact investments at Prudential Financial.

Ladd said knowing the city already has such a top team in place was a bonus.

“The mayor has created this really talented team of professionals, both public sector and private sector,” she said. “I see my role is to be able to step in and be part of the team that helps execute on the vision that the mayor has, whether it’s helping to advance the redevelopment and transformation of vacant and blighted properties or bringing in businesses and jobs to the community.”

Ladd said she feels the recent land bank legislation signed by Gov. Phil Murphy — which allows the state to take over neglected and abandoned properties, will help the city accomplishment one of its goals.

“Newark has a lot of land that could be a value to our neighborhoods,” she said. “How do we make those assets? I know that’s a key priority as we go through this journey together.

“Another element is, how do we bring businesses and jobs to the community so that they have an opportunity to stay in the city that they love? Part of our attraction to getting new businesses or new private development happening in the city is to figure out, how do they benefit the neighborhoods and the people who live there?

“I think the third thing is just for us to stay balanced. It could be concerning to anyone of any city when they see transformation happening, but I know the mayor is very committed to making sure that everyone has the opportunity to rise as the city grows.”

Ladd also said she is excited to work with the team from Bloomberg Philanthropies, which recently gave the city a grant of more than $1 million to help Newark’s initiative to slow the pace of evictions in the city.

“It’s definitely a feather in the cap of the mayor and the city leaders to have Bloomberg invest,” she said. “I’ll be helping to try to help limit displacement, letting families know they have rights when they’re renting.

“I think Mayor Baraka is definitely leading in that and I think more cities need to follow.”

Ladd, who will begin in her new role Aug. 1, views the move as sort of a homecoming.

Or, at least, a chance to be closer to home.

A Connecticut native, Ladd has been in the D.C. area since getting her master’s degree in community planning at the University of Maryland in the 1990s.

This job, she said, will make it easier to see her family.

“I grew up in Connecticut, so my parents and my sister and her kids are there,” she said. “This will enable me to spend more time with them.”

National origin discrimination and Russia’s war on Ukraine: Why employers must...