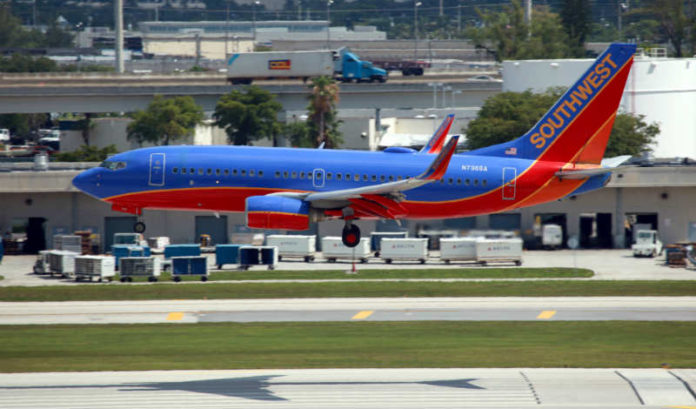 The problems with the Boeing 737 MAX 8 aircraft line, which was grounded after two fatal crashes, are having a major trickle-down effect at Newark Liberty International Airport, as Southwest Airlines Co. announced Thursday that it will stop flying out the New Jersey facility for financial reasons.

In the airline’s second quarter earnings announcement, Chairman and CEO Gary C. Kelly said: “Based on the extensive delays in returning the MAX to service, we expect that annual 2019 (available seat miles, or capacity) will now decrease in the 1 to 2% range, year-over-year, compared with our original 2019 plan to grow capacity nearly 5%, year-over-year. As such, we are taking necessary steps to mitigate damages and optimize our aircraft and resources.”

One of those steps is consolidating the airline’s New York-area flights.

“We will cease operations at Newark Liberty International Airport and consolidate our New York City presence at New York La Guardia Airport, effective Nov. 3, 2019,” Kelly said in his statement. “The financial results at Newark have been below expectations, despite the efforts of our excellent team at Newark. I am grateful to our wonderful Newark employees, who are a top priority, and will be given an opportunity to relocate to another station in our system, including La Guardia Airport, where we are experiencing strong customer demand.”

Southwest said it has 125 employees at Newark Liberty, and all will have the chance to work at La Guardia, or apply for positions at other airports.

The airline will continue to serve the South Jersey region from Philadelphia International Airport, it said.

Southwest had been forced to cancel approximately 20,000 flights due to the MAX problems, which the company said reduced its Q2 revenue by $175 million, even as the company set a record earnings per share figure of $1.37, with net income of $741 million for the quarter.