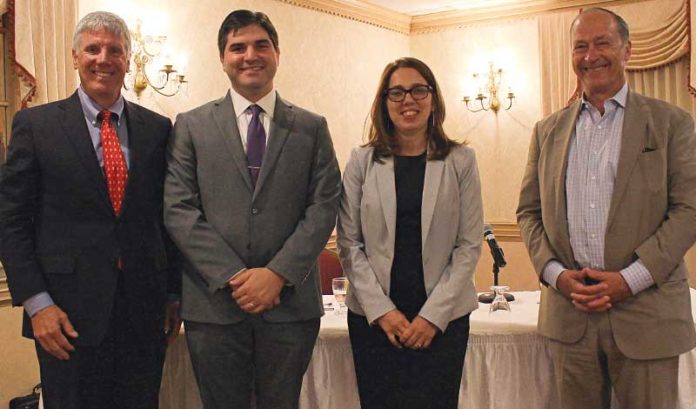 It’s supposed to be the easiest part — and the most rewarding part — of starting a family business: handing it over to the next generation.

The reality of the situation is two-fold:

1. The next generation often does not want to take control;

2. The next generation is not capable of taking control.

For those who service family businesses, succession is the toughest conversation, and one many business owners don’t want to have.

The experts at the recent ROI-NJ Thought Leadership Series on Family Business know it’s their job to force their clients to have those conversations.

Paula Ferreira, partner at Mazars, said it’s all about the relationship.

“So, outside the organization, you want the accountant, the attorney, the banker that’s going to have that conversation, saying, ‘I want (my child) to take over my business.’ And you have to be able to be candid with your client and say, ‘Do they have the skillset to be able to take over your business. How have you prepared them? Do they even want to take over your business?’ Because, a lot of times, the business owner automatically assumes that the child is going to want to take my business — and they don’t.”

Making sure there is an interest in succeeding the first generation is just the first step.

Jason Navarino, partner at Riker Danzig, said making sure the next generation is properly trained is just as important.

“If they do want to be involved, then it’s about getting them the training, getting them involved and then (it’s about) how you bring them into the business,” he said. “I’ve seen situations with my clients where they were on both extremes. 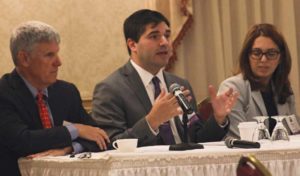 “The children come in and they say: ‘Dad’s just not really getting us involved. We’ve got a nice title, we’ve got a nice office, but I don’t really understand how the sausage is made. He’s still making decisions behind closed doors.’ The child is a vice president and on the letterhead, but they really do not know how to take over the business if and when something happens to Dad.

“On the flip side, I’ve seen the other extreme, where a dad tells his child: ‘Just go run this unit for me. Just take over something’ — giving the kid authority and autonomy before they are really ready to do so.

“We have to balance that with our clients, get them to focus on bringing the next generation in so they understand the business as a whole, so they can take over, so they have some autonomy, they feel responsible and they feel invested. But you don’t let them off the leash entirely before they’re truly ready to take over.”

The experts offered another warning: The next generation of leadership almost certainly will need different skills.

“Often, we hear, ‘My child is so much like me,’” he said. “That might be great if they are starting a new business, but now you’re taking an established business and maintaining it and growing it, and that’s a different skillset.

“While Dad or Mom might have been very entrepreneurial in spirit and that was how they got this business from zero to what it is today, the skillset for the next generation is how do I put a (chief financial officer) and a general counsel in place to maintain things? How do I make sure that I’m complying so I don’t get some regulator come in and shut me down?

“It’s a different skillset and you have to recognize that. The next generation still has to understand the business. The fundamentals don’t change, but the mindset between starting from nothing and building, versus maintaining and growing it through acquisition or what have you, is different.”

“The first generation doesn’t necessarily recognize that it’s important. We, as professionals, need to say, ‘Hey, it’s going to be a different set of skills that are needed at this point in the business.’ ”

“You need someone who can provide leadership,” he said. “When the founder leaves, he’s also taking (those) leadership skills with him.

“Someone has to fill that void and success and failure sometimes is predicated on whether or not that simple fundamental leadership void can be filled by the incoming person.”

Looking outside the family

What do you when your kids aren’t capable — or interested — in taking over the business, but you don’t want to sell it?

“The smart owners will see that they don’t have someone who can actually lead the business, so they bring in a for-profit professional management team and let them run the business, but the ownership stays in the family,” he said. “That way, they can sustain the business, keep it viable and have it run the way it needs to be run.”

Koar was speaking at the recent ROI-NJ Thought Leadership Series on Family Business.

Another panelist, Scott Taylor of Mass Mutual, said going outside the family can be done while allowing the next generation to still be involved.

“You can get into situations where junior has some unique role — chief creative officer or a chief growth officer — while the (chief operating officer) and (chief financial officer) functions are being handled elsewhere. Or a situation where the family maintains board control and the child could be chairman of the board, but you have a professional CEO running the business. So, there are creative ways that you can play with titles and responsibilities to get what you need there so that the business continues out. But, at the same time, you don’t lose that family feel, even if the next generation isn’t truly going to take over.”

Taylor said convincing the first generation of such a move is not as hard as it may seem.

“They know in their gut,” he said. “They know their long-term financial future is predicated on successful succession. They’ll look at us and say, ‘I don’t think Junior has any chance.’ That’s when we discuss alternate options.”