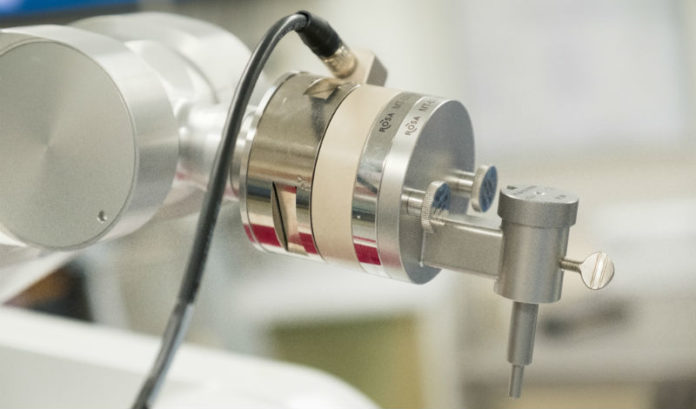 Atlantic Health System‘s Overlook Medical Center announced Monday its neurosurgery team was the first in New jersey to use the ROSA Brain robot, a minimally invasive option for brain surgery.

Created by Zimmer Biomet, a device manufacturer, ROSA Brian is a surgical navigation and positioning system (much like a GPS) that allows for precise spatial positioning and orientation of surgical instruments and tools.

Conventional neurosurgery for epilepsy requires a craniotomy, which is the surgical removal of a part of the bone from the skull to expose the brain so that electrodes can be placed to detect and record seizure activity. The ROSA Brain robot does not require opening the skull  — surgeons instead make tiny holes in the skull through which they insert the electrodes.

The technology will be available to patients at Overlook Medical Center’s Level 4 Epilepsy Center.

“We’re truly excited to be the first in New Jersey to use the ROSA Brain robot during brain surgery,” Benitez said. “Seizures can be a daily occurrence for epilepsy patients and approximately 30% of these patients don’t respond to medication. Using a tool like the ROSA robot is a far less invasive surgery and adds new surgical options that can drastically improve the quality of life for patients with seizures.”

Should you hold Thanksgiving gathering? One doc weighs in