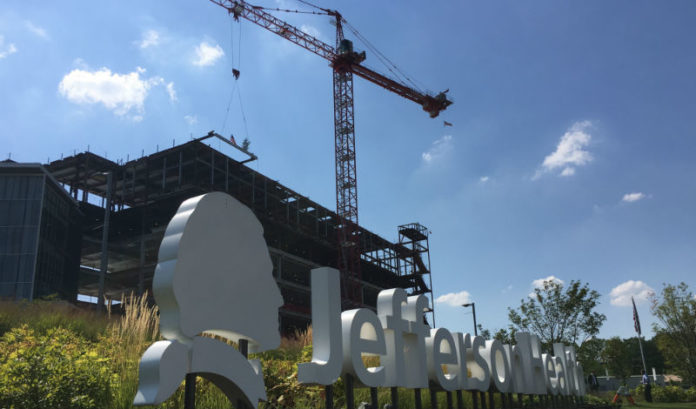 The overall transformation, at a cost of $250 million, will include a 90-bed Patient Pavilion with private rooms that’s slated to open late next year.

The hospital, which opened in 1960, saw the final beam on the Patient Pavilion put into place at the ceremony. The first phase was completed in 2017 and included a new hospital atrium lobby, medical office building and parking facility.

The Phase II project consists of:

Trees like the pine tree on the beam are known as “topping trees,” and celebrate the completion of the “skeleton” of a structure. For skyscrapers, the tree is attached to the top beam as it is hoisted, a signal that the building has reached its final height.

Murphy on rising cases: This is clear evidence that we are...