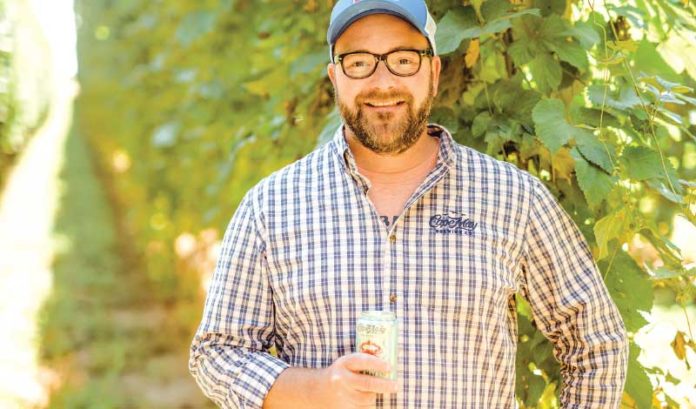 Cape May Brewing Co. was one of about a dozen New Jersey breweries in 2011. Ryan Krill and the brewery’s co-founders got their start on the Jersey Shore — where, they were told, no one does breweries. They were resolute, but secretly nervous no one would ever get lost enough to stumble into their base in the Cape May Airport.

That was a year before everything started to change.

In 2012, the state liberalized its licensing laws to foster craft brewing. In the years following that change, Cape May Brewing Co. became one of the state’s largest craft beer producers. And Krill, despite being the leader of a business that’s nearing 100 employees today, has to share an office with the company’s HR head due to how fast the company is growing.

This microbrewery’s story is a microcosm of the industry’s growth as a whole. The state has well over 100 breweries spread across it now and, according to a study by research firm C + R, leads the nation in the growth of its craft beer industry.

All good? Not quite.

New Jersey’s liquor laws are changing again — and, this time, it’s not promising to be the gift the last major overhaul was to once-upstart beer makers that are booming today.

As craft breweries grow, so has the perception that these businesses need extra regulatory scrutiny.

In late May, New Jersey’s Division of Alcoholic Beverage Control unveiled new standards for these businesses to follow after a yearlong deliberation period, putting new restrictions on events at microbreweries and a whole lot else.

Eric Orlando of the public affairs firm Kaufman Zita Group represents the interests of craft beer companies in the state on matters such as this. He said the Division of Alcoholic Beverage Control’s rulemaking was a response to pushback from bars and restaurants that felt breweries were operating too much like their own businesses.

Those companies, in concert with concerns liquor stores and other wholesale businesses were expressing with the direction of breweries, called on the agency to start a process of revisiting industry guidelines with brewery stakeholders as well as other alcohol businesses.

“And I think they did a good job of communicating with the industry what was going to be issued,” Orlando said. “But there’s still an appetite in the industry to look at the underlying statute from 2012 and clarify some things.”

“And it really was successful at giving folks on the fence about getting into craft beer a reason to actually do it here in New Jersey,” Orlando said. “We went from about 20 breweries to more than 100 today — and there’s two dozen more still in the pipeline that are at various stages of approval.”

Chuck Aaron, CEO and president of Jersey Girl Brewing Co., is one of those that jumped in the industry right after that legislation.

“That made our business model something that was realistic,” he said. “It was something my business partner, (Mike Bigger), and I had been talking about doing for a number of years, but we just couldn’t make the numbers work before the change in the law.”

With the expansion of the brewery marketplace, entrepreneurs getting into this space weren’t limited to planning for the production side of the business. They could focus instead on creating unique tasting room experiences and merely dabble in the retail marketplace.

But the reform bill didn’t put to bed issues bars and restaurants have with operations that only hold limited brewery licenses and not expensive bar licenses, despite them possibly competing for the same business.

Jamie Queli, founder of Forgotten Boardwalk Brewing and president of the New Jersey Brewers Association, said there’s less crossover in what customers are looking for out of an experience at a brewery and a bar than some in the industry believe. And the new compliance matters resulting from the dispute are creating headaches for breweries.

“I do think there’s rationale behind some of the rules,” she said. “I believe in regulation when it pertains to the health and public safety of humans. But I don’t think we should be sitting here talking about how many inches the size of a TV can be at a brewery … which, under the new ruling, is 65 inches.”

The new regulations require limited brewery license-holders to give patrons tours of their facilities before serving them, which is intended to create a firmer division between these facilities and other alcohol establishments. Brewery owners such as Queli still have questions about how substantial these tours will have to be to meet the new standards.

Queli isn’t against all the new rules — some were positive for breweries. These businesses can now officially participate in off-premises community events with permits issued by regulators, which Queli cheers.

But one of the major changes, and one Queli expects will have a negative impact on smaller breweries, is that microbreweries can now only host their own events a certain number of times each year.

“There are younger, smaller members just on Main Street trying to get by that participate in lots of on-site events as ways of bringing in new customers,” Queli said. “The larger breweries might not be hosting trivia nights or other events. But, across the board, I don’t think we should be limiting how a brewery business can compete.”

Queli summed up the landscape for breweries right now with one word: competitive. And she wouldn’t like to see tools to compete taken away from businesses that have become the unexpected cornerstones of economic development in the state’s communities.

Jersey Girl Brewing Co.’s leadership spoke of getting its start in Mount Olive at a turning point for the small township.

“We started in an area of the town that was somewhat depressed at the time,” Aaron said. “When we moved in, it was during a nice resurgence. All the buildings that weren’t unoccupied then became occupied. The area is flourishing now, which is nice to see.”

Local politicians have seen that microbreweries bring money into their town and are embracing them as a result, Aaron said. He added that he hopes to see that reflected in any future legislation that further updates rules for breweries.

Up-and-comers in this New Jersey industry, like those that invested in their first beer barrels for production after the last major rules change, might not be Garden State brewers otherwise.

“Because the worse outcome out of this could be those breweries deciding to start somewhere else,” Aaron said. “When you have business owners saying, ‘I can go 10 miles over the border into a state where the market is more developed and I have clearer opportunities to grow my brewery,’ that’s a danger.”

Sparkling water drinks have become a popular category for consumers over the course of many years, so it only makes sense that alcohol businesses are finally putting a twist on them.

Jamie Queli’s Forgotten Boardwalk Brewing recently became the first New Jersey brewery businesses to market craft “hard seltzer” products, which come in flavors such as tangerine and hibiscus. It just sold its first large tank of J’aime Sparked Seltzer, a beverage that will complement the company’s core lineup of beers. 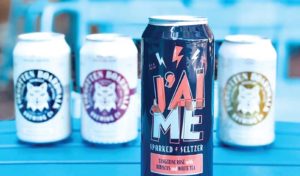 The alcohol-infused sparkling water segment in has experienced more than 300% growth in the industry within the past two years, Queli said. That was more than enough inspiration.

“With my eye on that, and realizing how the beer industry is getting kind of cluttered and crowded, I took an interest in this,” she said. “And I got into it for the same reason I got into the beer space: When you try something and you think it tastes manufactured and artificial — like processed cheese does compared with local cheese — I want to try my hand at our own version.”

The earliest to introduce hard seltzers nationwide were either the big beer companies or smaller breweries that were quickly bought out by corporations such as Anheuser-Busch, giving those industry giants a head start.

It’ll take small brewers rolling out these products some time to catch up — and there’s no guarantee that this beverage segment will fully catch on. But Queli tends sees the glass half-full.

“Like anything else, we’re breaking a brand-new brand into a brand-new category for us, so I don’t anticipate it’ll be an overnight success,” she said. “But I do expect to see it develop and grow.”

Reach Jamie Queli of Forgotten Boardwalk Brewing at: jamiequeli@forgottenboardwalk.com or 856-437-0709.