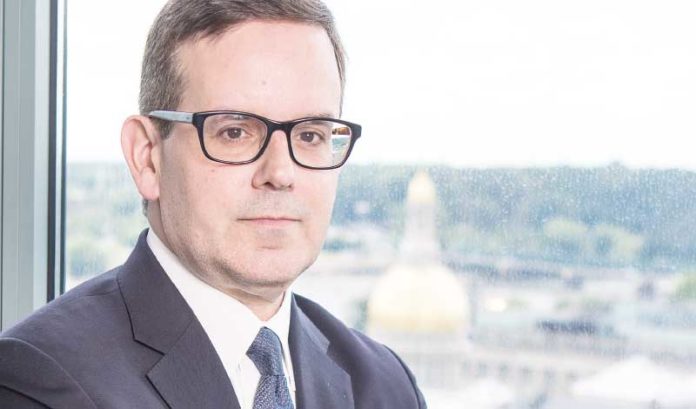 Before 9 a.m. on a Monday, David Pascrell was texting the personal cell phone of an executive director of a majority office, a chief of staff at one of the state’s major agencies and two members of the state Legislature.

It takes more than a few years in the State House for a lobbyist to count on getting responses from the state’s power brokers before anyone finished their last sips of coffee.

But Pascrell, co-chair of the Lobbying Department of law firm Gibbons P.C., said that’s just expected. Today, the emphasis lobbying has always had on having good connections is being amplified.

“I don’t feel like I could’ve gotten a timely response if I had just introduced myself to these people,” Pascrell said. “But (lobbying firm) clients want information to major decision-makers — and responses — as quickly as possible now.”

While that may have been especially true on the Monday morning lawmakers in New Jersey were due to introduce the state budget, which Pascrell was busy checking in with reliable sources about, everyone on State Street says it’s getting more difficult to reach the right people at the right time.

In short, those in the state Legislature and the governor’s administration are busy.

“We have an active Legislature and a governor with a lot of priorities that he’d like to see accomplished,” Pascrell said. “So, there’s a fever pitch of activity unlike anything I’ve seen in my career in Trenton.”

The upshot? Relationships built over many years are paying off for lobbyists. The downside is the effect this may have on those just now breaking into the profession.

“Right now, this is not a state where if you’re looking to advance a government affairs initiative that you can afford to be working with someone who doesn’t have longstanding relationships with the legislators and, in fact, people in the administration,” Pascrell said.

The fast-acting gestures in the State House have served as an opportunity to get legislation done as though right now were a lame-duck session, which won’t really be the case until the election in November.

Another longtime lobbyist, Dale Florio, described it as a time of “high political intrigue.”

Florio, lobbyist at Princeton Public Affairs Group Inc., added that there are certain aspects of Trenton’s current situation that are predictable. Namely, the Legislature and the governor aren’t always on the same page. After 30 years in Trenton, one could figure Florio has seen that before.

Yet there’s a level of unpredictability to individual bills, he said, as far as when they might be introduced, acted on or otherwise changed. That’s where good contacts come in.

But Florio doesn’t expect the amount of glad-handing he’s done over several decades in Trenton’s lobbying scene to suffice alone.

“I could have my brother working in the Legislature and I’d still have to make sure I’m following up and nudging along to make sure something will be OK,” he said. “Even if good relationships clearly help, you have to understand the workload they’re under and act accordingly.”

Even if an up-and-coming lobbyist may not have the advantage of years of relationship building to rely on, Florio said the current frenzy of activity is a good time for a younger lobbyist to gather tools of the trade.

One of those is learning not to be a nuisance to overloaded legislators or staff people during a tense budget cycle. Another is how to get started on the right foot, which means striking a careful balance between pursuing client interests and coming back to fight another day to spare relationships with important state actors.

Especially for younger lobbyists, breaking a few eggs along the way isn’t suggested.

“There’s a sixth sense one develops that tells you when you’ve achieved about as much as you’ll achieve,” Florio said. “Maybe, of those four things you wanted to include in the legislation, you have to sign off on some — in every situation, when you decide when you’ve maxed out on the patience of a sponsor. And you have to tell the client what you think. Most are respectful of that judgment, but some aren’t.”

As Raul “Rudy” Garcia of public affairs firm MBI-GluckShaw put it: You can never make a friend when you need it.

“That also means it’s important to be working on things well ahead of time,” he said. “You’d get lost in the shuffle unless you were working on something throughout the year. You can throw a Hail Mary at the last second, and that will work sometimes, but it won’t be as consistently effective.”

All lobbyists are learning just how important timing is today, which makes having state leaders on speed-dial the right call.

“As far as how long we’ll see this current intensity last, it’s hard to say,” Florio said. “But it’s true that it is an intense time right now and having a relationship to cut through it are more important than ever.”

Bill Maer, a Democratic strategist at a bipartisan lobbying firm, said that, last year, everything on State Street was in high gear, with the new administration working through its first priorities. This year, nothing slowed down — and some of those early priorities are still being worked through.

Maer, partner with Public Strategies Impact, one of the state’s top lobbying outfits, said the fast-paced and challenging political dynamic coincides with a competitive moment for the business of lobbying.

Companies want help navigating a situation in Trenton that still feels new to them, even with Gov. Phil Murphy entering office at the start of last year, Maer said. As always, that provides lobbying firms with opportunities to pick up new clients.

“And, certainly, when there are opportunities to gain clients, there’s always the risk of losing them,” Maer said. “So, you have to be mindful of that.”

Maer added that he still detects some holdover caution from the economy’s last downturn. Businesses are still careful about their expenditures and want to get the most out of their money.

So, their expectations of lobbyists are higher than ever.

“There are a lot of good firms in the state and choices you can make … and companies want to spend wisely,” he said. “So, firms need to tell a compelling story of why they are better suited than all the others to resolve client issues.”

Inside Newark’s Amazon bid: Glover offers some details of how city...