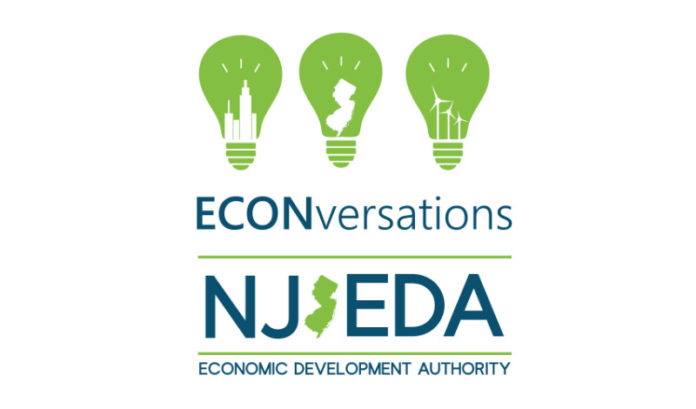 Tim Sullivan freely admits that ECONversations, the New Jersey Economic Development Authority’s new podcast, is not being produced in an effort to shake up the journalism world.

Sullivan and the EDA view the podcast, which launched in July, as another vehicle to reach a variety of people to promote what the organization is doing.

“We’re trying to change and broaden the number of folks who are engaged with EDA so they can understand and know about what we’re up to,” he said. “Our tools are only as good as people know about them and know to use them.

“The idea of the podcast was for us to have another channel besides social media and press releases and our annual report to push out what’s going on with the EDA: What are some of the new things we’re working on, what are some of the tools we have?”

Tai Cooper, EDA vice president for policy and communications, will serve as the main host — and led the first two episodes. Paul Ceppi, the EDA managing director for business development, also may lead some interviews.

Sullivan said the podcast will not always be with EDA officials.

And, while Sullivan hopes Choose New Jersey CEO Jose Lozano will be a guest, he said the podcast should not be viewed as a marketing vehicle for the state.

Sullivan said the target audience is anyone who has a strong interest in government and economic development.

“The audience will vary by topic, but we’re looking to reach the business community, certainly small business, plus officials at the local and county level, whether that’s mayors or their economic development staff,” he said. “Plus, there are chambers of commerce and business associations.

“These are the types of groups that we talk to as often as we can, but this a good way to do in one shot.”

Sullivan said the EDA will promote the podcast on all of its social media channels.

“We’ve made a big effort in the last 18 months to up our game, particularly on Twitter, Facebook and Linkedin, to increase our following and our engagement,” he said. I think that that’ll continue to be a priority.

It’s all about messaging and marketing, Sullivan said.

“I don’t think we’re expecting this to be a journalistic enterprise,” he said. “This is truly sort of a messaging channel for us — and I think listeners should expect that it’s not going to be a place that foments a lot of controversy.

“I don’t think this is going to be the silver bullet that gets everyone thinking about what the good things EDA is doing, but hopefully it will be a force for good.”

Six reasons Murphy’s second term is set up to be a...