Home Finance Blockchain could be way for small investors to get piece of biggest...
Facebook
Twitter
Linkedin 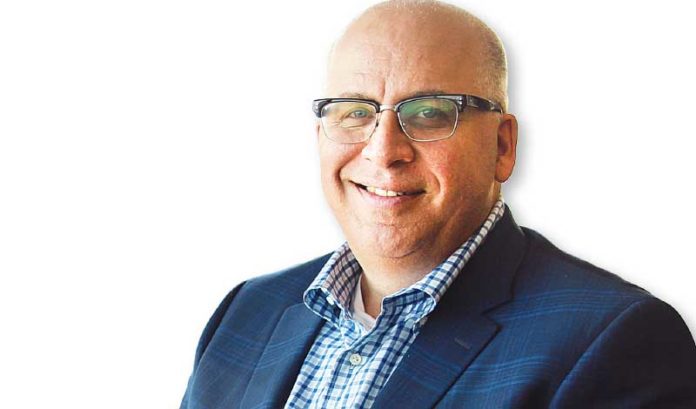 Although it may sound like calling a speck of dust on Andy Warhol’s “Campbell’s Soup Cans” your own, investors in New Jersey might soon have the opportunity to purchase small fractions of multimillion-dollar artwork.

It’s not too far off; the ability to invest in art in this way is only a small taste of what’s already being tried out locally.

A lot of other assets that, like a $50 million artwork, were once too prohibitively expensive for all but the richest institutional investors are being fragmented into many different interests — like equities — that can be bought and sold.

It’s all possible through blockchain, known mostly as the obscure technology underpinning the digital currency Bitcoin. The latest identity of this decentralized record-keeping ledger technology is finding its first applications right here in the Garden State.

Sorin, a regular commentator on the latest tech trends, said a local client of his is an art dealer that has historically only sold to investors with lots of money. That dealer has started tokenizing the purchase of fine art and allowing many more investors to get a piece of this asset class.

Just last year, the world saw its first public examples of this with the first successful tokenizing of a multimillion-dollar artwork, Warhol’s “14 Small Electric Chairs” painting. Blockchain platform Maecenas offered about a third of the work’s value for sale in cryptocurrencies such as Bitcoin.

The approach isn’t just for the avant garde — Sorin has another client, a real estate developer involved with high-end real estate assets, looking to finance buildings in this way.

“And we’re also working with a group forming a venture fund using this to enable millennials to invest in real estate assets — a market they’ve largely been excluded from,” Sorin said. “Where, typically, these projects were done borrowing money on a project-by-project basis with some equity component, what we’re now seeing using blockchain and tokenization is the potential for many smaller investors to gain a choke-hold in an asset class historically foreclosed to them.”

Theoretically, the upshot of this is a democratization of investment opportunities, Sorin said.

“And, for those raising the money with it, the idea is this will dramatically raise the demand for these types of investments,” he said. “It may thereby decrease the cost of capital for those raising money, as there will be a greater number of investors relative to the opportunities out there.”

Because it’s all so new, it’s too early to say that theory has been put to the test, Sorin said. But the simple laws of supply and demand give those early adopters some confidence in it.

Different industries are expecting different advantages from tokenization. In real estate, for example, this mechanism of financing requires less reliance on debt and thus less of the restrictions that come with lending. Developers could be able to take on more projects at once due to that, Sorin said.

In the art world, one of the reasons some see blockchain as the future is the built-in authentication and record-maintenance systems that can provide investors with greater assurance they’re investing in a true asset rather than a knockoff.

Those in the industry expect that the way blockchain ledgers keep track of changes and protect against tampering will keep the records surrounding an artwork’s proof of ownership and authenticity clean.

“Blockchain can be empowering in that way, because you can take the trust element out of it,” Sorin said. “Right now, so much of the economy and transactions are build around having to trust the parties with whom you’re doing business.”

There are middlemen that a proliferation of this technology would jeopardize business for: professionals that validate authenticity, auction houses and others. That goes for any business in any industry that acts as an intermediary, Sorin said. Assuming, of course, this technology takes off.

While enjoying a competitive advantage currently, the earliest adopters of this technology in New Jersey still have a certain reticence to talk about it. Overall, Sorin said that some still feel a tad uncertain about this model in terms of whether it will end up truly demonstrating all the disruptive qualities attributed to it.

But, given that there are some out there already starting to use this technology to radically change how business is done, Sorin said no one would be wise to stick their heads in the sand.

“Smart minds are instead looking at the potential disruptive force of all of this and thinking about the ways to harness it in the most efficient way,” he said. “We’re certainly not at the beginning, but we’re maybe still rounding first base at this point.”

Ever have your taxi driver strike up a conversation about Bitcoin? For Christopher Matta, co-founder of Crescent Crypto Asset Management, no trip through town would’ve been complete without one about two years ago.

Bitcoin and other cryptocurrencies were all the rage in 2017, which is when Matta and some friends left cozy Goldman Sachs jobs to start a New Jersey firm dedicated to making it easy for investors to hop in the cryptocurrency craze.

That was back when Bitcoin’s price was soaring to highs of $20,000. The digital currency just as soon met gravity, and, after its skyrocketing moment, it came falling down until it hit bottom at about $3,000 last year.

But Matta is still a believer in this asset class. In fact, he thinks a cryptocurrency such as Bitcoin, which has over the past few months returned to the $10,000 price it once hovered at, will be able to eclipse its previous record prices.

NJM makes it official: Livingston takes over as CEO