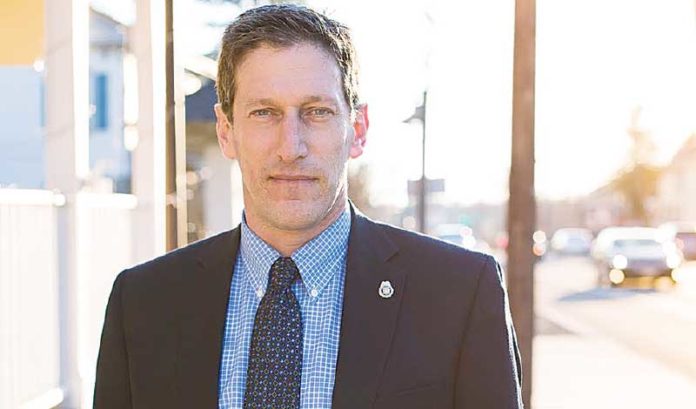 In the aftermath of two major incentive programs for businesses expiring in New Jersey, there are a few ideas emerging of what the future of Garden State incentives might look like.

The state Economic Development Authority’s Grow New Jersey and Economic Redevelopment & Growth programs expired at the end of last month, which was in many ways the culmination of a drama-embroiled disagreement among politicians in the State House.

Gov. Phil Murphy didn’t sign an extension that passed the state Legislature that would have averted the discontinuation of the tax credit-driven programs. But, even as he let those long-existing business benefits expire, he signed another bill that offers a different path to tax credits.

The bill bolstered a tax credit for angel investors putting money into an emerging Garden State technology firm. The tax credit was raised from 10% to 20% of qualified investments, with additional benefits for investments in Opportunity Zones, low-income communities or in businesses certified as minority- or women-owned.

Assemblyman Andrew Zwicker (D-Monmouth Junction) was one of the main backers of that legislation, which sped through the state Assembly and Senate in just over a week.

Zwicker, a scientist by trade, said the legislation will help solve one of the major innovation economy roadblocks — the angel investment stage of turning an idea into a commercial product.

But that’s not where his vision for closer partnerships with the state’s investor community ends — he wants to start to push in the state Legislature for Murphy’s proposed Evergreen Innovation Fund.

For about a year, the governor has pitched the idea of a fund that would raise $250 million over five years by competitively auctioning state tax credits to New Jersey corporations. The auction proceeds would then be invested with matching investments by venture capital firms into startups of those firms’ choice.

Zwicker has been a proponent of the idea. He thinks it solves a dilemma in Trenton.

“We’re having an enormous political battle in New Jersey,” Zwicker said. “On one side is the idea of raising taxes, and the other side is cutting spending. But what neither side is talking about is growing revenue by creating new businesses, and that’s what this will do.”

Even if Zwicker believes the concept would be a boon for the governor’s oft-discussed innovation economy, he doesn’t pretend that the idea is itself an innovation.

“Other states have already shown — Massachusetts, New York, Pennsylvania — that this is a recipe that is highly successful,” he said. “And they’ve been doing it for a long time. So, New Jersey is behind the curve and needs to catch up. We need to do this quickly to compete.”

Another reason that now’s the time for it, besides the fact that the state is already undergoing a major reevaluation of its incentives for businesses, is that New Jersey has a limited amount of discretionary dollars to spend on incentives and other programs, Zwicker said.

Zwicker claims everything about it indicates the return on investment from the Evergreen Innovation Fund will be impressive.

“But there’s an education piece to this, because it’s difficult to convince people that a state government should take on risk,” he said. “If you’re going to invest, you can never guarantee that 100% of your investments will be net positive — some will not. But, when you look at others states that have been doing this for decades, you consistently see a lot of positive results.”

Innovation as an economic driver — even with the risks inherent in forward-thinking enterprises — is something Zwicker understood before entering politics. His day job has been working for the Princeton Plasma Physics Laboratory, where he helps research energy solutions.

But, even if he lives and breathes innovation, he’s sure that the idea will resonate more broadly.

“And New Jersey already has all the pieces for a vibrant innovation economy: an educated workforce, outstanding research institutions, a perfect location halfway between Philadelphia and New York, the financial resources,” he said. “We just need to push aside the short-term political battles that are going on and focus on the long-term strategic initiatives that will drive our economy for decades.”

One of the principal feuds surrounding the now-defunct Grow NJ and ERG programs involves alleged ties between businesses connected to South Jersey powerbroker George Norcross and the programs’ awards. Murphy convened a task force that is still examining that, while Norcross and others have sued over the effort.

In the meantime, the EDA is still able to review, assess and possibly even approve applications for tax incentives already received ahead of the programs’ expiration. The organization also expects any new incentives that replace the now-expired programs could be allowed to be applied to current applications.

In the years since the original program’s 2013 expansion, which provided more benefits to the state’s southernmost counties, the state has awarded more than $7 billion in Grow NJ tax breaks.

Assemblyman Vince Mazzeo (D-Northfield) said it has proved to be a useful tool to attract businesses, but he would’ve hoped for more of an impact for the Atlantic County region he serves.

“There were two occasions, with South Jersey Gas as well as a call center, where, without the tax incentives, we might not have brought those businesses into the region,” he said. “It wasn’t a home run for us, but it certainly did bring in some business.”’

Mazzeo added that he’d like to see a plan geared toward incentives for smaller businesses. He also admits that any incentive program is better than none — a reality New Jersey is too close to for comfort.

“Without incentives, it takes New Jersey out of the game,” he said. “Everyone knows it’s an expensive state to begin with. At the end of the day, you always need something in place that will drive businesses to the state.”

Like other Atlantic County leaders, Assemblyman Vince Mazzeo is excited about the potential for the region’s economy to take off.

The longtime gambling-reliant county held a ribbon-cutting for its National Aviation Research and Technology Park late last month, a decade after plans were first laid out for it.

Mazzeo said he’s thrilled about the first of seven planned buildings in the 58-acre aviation and technology hub being fully rented to tenants.

“And we’re doing a lot to entice more businesses to come out that way,” he said. “We know we can’t rely on one industry in the county anymore — there has to be a mix of businesses.”

The park did, near the end of its journey to completion, get a boost from the Grow New Jersey program dedicating an area around the Atlantic City International Airport as a Garden State Growth Zone, which opened up the potential for development grants.

Mazzeo said all the pieces have fallen into place for growth in this new local sector — and the region’s broader economy.

“We’re well on our way to diversifying our economy and adding really heavy disposable income for people in the region,” Mazzeo said. “We expect the economic development will follow that.”

Executives (national and global companies) ROI-NJ Staff - February 7, 2023
John Mara Co-owner New York Giants He’s got a coach (Brian Daboll) and apparently had his quarterback all along (Daniel Jones). His hopes for another Super Bowl...

Cammarano stepping down as Murphy’s chief of staff