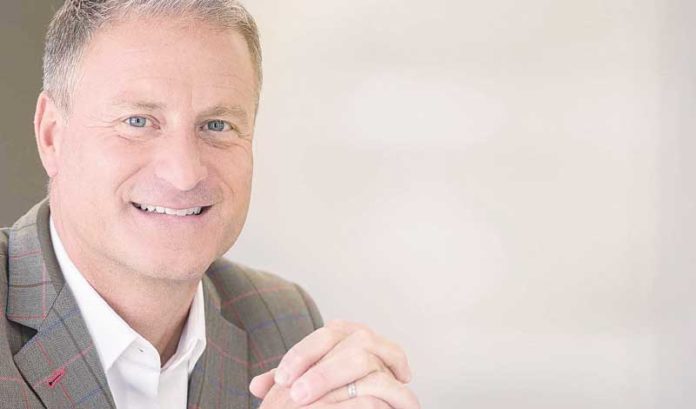 Fintech holds a special place in investor Chris Sugden’s heart; he calls it his first love.

Early in his career, he helped run billing and payment company Princeton eCom, a fintech before anyone had the vocabulary for it. He never really left the space, and has spent more than 20 years — most of his adult life — operating and investing in fintech businesses.

He brought his fintech expertise to the growth equity investment firm he joined back in 2002, Edison Partners. The Princeton firm is now continually recognized as being one of the leaders in investing in fintech. At the annual LendIt Fintech industry event, Edison Partners has been named the nation’s top fintech equity investor for several years in a row.

And the insight of Sugden, who serves as managing partner at the firm, is regularly sought after by media outlets, podcasters, fellow fintech industry veterans — not to mention the entrepreneur hopefuls vying for an influential investor’s attention.

So, to put a reliable finger on the pulse of New Jersey’s fintech sector, ROI-NJ spoke to Sugden about what’s at the heart of this still-evolving industry.

ROI-NJ: To start with, what would you say is most exciting and new in the area of fintech in New Jersey right now?

Chris Sugden: The compliance area and back office area, while maybe not as sexy as some other areas in fintech that you hear about, is getting a lot of attention lately. And (regulatory technology), as this fintech space is being abbreviated, is something that is absolutely New Jersey-centric. A lot of companies in regtech are finding the benefits and real estate advantage in terms of cost of being in the state instead of Downtown Manhattan. … A lot of folks post-9/11 based their back offices in Jersey City or surrounding areas, and now we’ve spawned a lot of startups in this regtech space.

CS: In New Jersey, right now we still see more wealth management technology, or wealthtech, than we see fintechs challenging banking, or what’s sometimes called new banking, which is more in New York. We had two successful investments of our own in the wealthtech space, one still active and one we exited. One was a company called FolioDynamix, which was providing tools and technologies to wealth advisers that they needed to compete with a younger crowd that might be more interested in self-service. They were acquired by Envestnet. The other was Scivantage, which is still active in our portfolio.

ROI: How is New Jersey’s fintech scene as a whole holding up compared with New York?

CS: The state has the advantage of a very strong engineering culture and pool of talent. Looking at universities in Northern Jersey corridor, you have a strong foundation in schools such as (New Jersey Institute of Technology) and Stevens (Institute) … and in South Jersey you have Rowan (University) and engineering schools cranking out talent. NJIT even has a fintech-specific concentration for students now to feed into that talent pool even more. But there is a challenge posed to investors that are bullish about the state’s potential to keep its best talent here in New Jersey instead of losing it across the river, so to speak, because there’s an ongoing trend of this younger generation that loves to live in more urban areas.

ROI: As far as educational institutions go — a lot of them have been setting up incubators for startups and, presumably, room for fintech firms to grow. Is the new availability of resources for early-stage companies making a difference?

CS: We actually have one company right now we’re looking at that’s a combination of a fintech and insurance tech business coming out of that setting. So, yes, certainly the proliferation of early-stage capital across the country has made a difference, and New Jersey has been ahead of that for a long time. In terms of early-stage capital, there’s more sources here than there has ever been.

CS: One thing is that every investor wants every business to be a SaaS, or ‘Software-as-a-Service,’ business. And that’s actually counter to a lot of fintech businesses. Creating that model out of a fintech company actually can be a bit counterintuitive. … Companies with domain expertise in fintech should focus on what we call KYC, or knowing your customer; AML, anti-money-laundering; and security against hacking schemes. Investors will look for those that can do all those things.