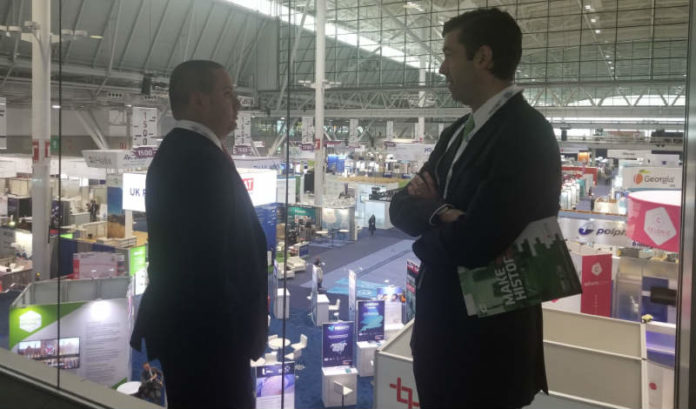 The state has not had any tax incentive programs on the books since the previous ones expired June 30.

Everyone agrees that’s not a good situation. And that it can’t last for long.

Right now, however, there isn’t a sense of panic.

Tim Sullivan, CEO of the New Jersey Economic Development Authority, said it isn’t an issue yet.

“I don’t think a short-term shutdown or slowdown to the incentive program is all that critical in the long term,” he said. “To the extent this goes multiple months, that becomes a challenge.”

“Time is a bit on our side,” he said. “I think folks that are still in the deliberation process don’t tend to move very fast in the summertime.

“But I truly believe the second Labor Day comes across and people are meeting and wanting to make decisions before the end of the calendar year, those are the ones that I think will start to become slightly problematic.”

Gov. Phil Murphy has proposed a new set of programs, but they have yet to be brought up for a vote in the Legislature.

Many insiders, speaking on background, said the governor’s ongoing battle with South Jersey powerbroker George Norcross is one of the causes of the delay.

Most feel Murphy putting a temporary hold on money headed to Cooper University Health Care, where Norcross serves as chair, is a key holdup.

Others said the perceived battle isn’t as big as it has been made out to be.

“I truly believe that the Legislature and the administration are much more aligned than they are different,” Lozano said. “But, I think, come the fall, we have to show that there’s a commitment in progress and movements being done in order to instill a level of confidence in the community and the ecosystem.”

“One of the things that’s frustrating about the whole debate is that it’s not as if there are no alternatives and the choices are to extend the current incentives or have nothing,” he said.

“The governor has his plan. And we’ve had our plan out since Oct. 1. And we’ve had legislative language wrapped around it, shared privately with the Legislature as early as November and publicly as recently as June.

“You don’t have to like that plan. Reasonable people can disagree on whether that’s a good plan or not — I happen to think it’s a fantastic plan — but there are alternatives here. And there’s been very little substantive engagement of that plan publicly.

“No one is advocating for, ‘Let’s have no incentives.’ The governor’s not saying we shouldn’t because there’s been some problems. It’s a matter of having them be the right size and shape and, candidly, that’s a bit frustrating because it’s not like we haven’t put forward a plan.”

Lozano, however, acknowledges they are an important tool for the state — and said he talks about the situation with potential companies.

“Folks in companies that we are talking to who are in the deliberation process, I’ve said, ‘Hey, listen, the state fully is 100% committed to incentives; we’re trying to find the right incentives that make the most amount of sense for the state,’ ” he said.

“I firmly believe that both the Legislature and the administration are on the same page that incentives are needed, and I think they’re going to work toward something fairly swiftly and try to tackle it in the early part of the fall.”