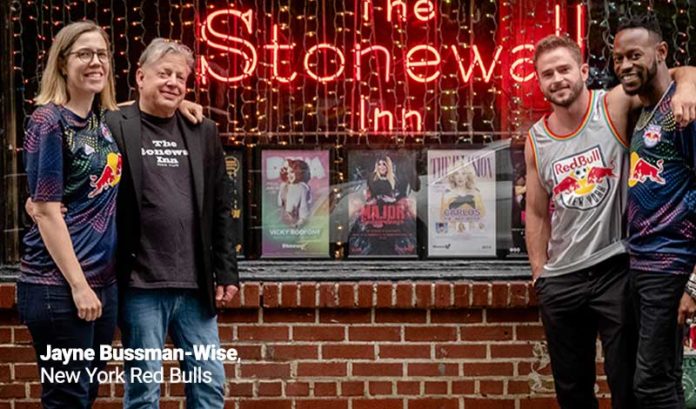 New York Red Bulls Senior Director of Content and Communications Jayne Bussman-Wise was named an official Pride Live Stonewall Ambassador. Bussman-Wise played an important role in elevating and generating awareness around the 50th anniversary of the Stonewall Uprising that occurred on June 28, 1969, at the Stonewall Inn in New York City.

“I’m extremely proud to be a Stonewall Ambassador with Pride Live honoring the 50th anniversary of the Stonewall Uprising,” said Bussman-Wise. “I’m grateful to be included amongst such an inspiring group of individuals all committed to honoring Stonewall’s legacy and championing LGBTQ rights. I’m proud to work for an organization in the Red Bulls that supports diversity, equity and inclusion every day.” 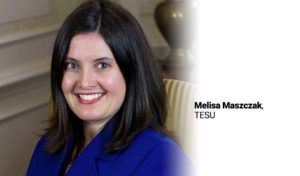 Melissa A. Maszczak has been named senior fellow and director of the Center for Leadership and Governance at Thomas Edison State University, effective July 1.

The Center for Leadership and Governance provides executive leadership development opportunities and promotes effective strategies for governing boards in higher education, nonprofits, and government entities. The center focuses on leadership, board governance and institutional quality assurance by offering consultation services, training, workshops and master classes for senior executives and governing board members. The center is an affiliate of the Trenton-based university’s John S. Watson School for Public Service.

“Having previously worked with Ms. Maszczak for more than 10 years, I know her to be a consummate professional who is passionate about her work,” said George A. Pruitt, president emeritus and board distinguished fellow. “I am pleased Melissa will be joining the Center and look forward to the energy and dedication she brings to the advancement of the Center’s mission.” 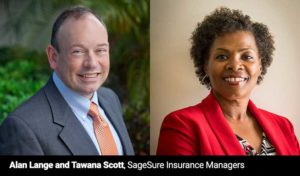 In 2018, Jersey City-based SageSure announced it will begin offering commercial lines to complement the personal lines it has offered since 2009. The addition of these two leadership roles positions SageSure to continue growing their residential property offerings while simultaneously launching their first commercial product in 2020.

Lange has more than 30 years of insurance experience. For the past 20 years, he has worked extensively in personal property pricing and risk management at Homesite and Universal North America. Scott has also worked in the insurance industry for more than 30 years, most recently as the vice president of commercial lines for DTRIC Insurance in Honolulu. 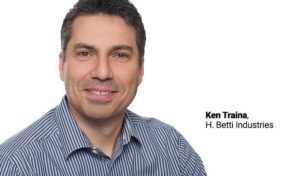 H. Betti Industries Inc. is pleased to announce the recent hire of Ken Traina, who joins the H. Betti team as chief operating officer. Traina brings more than 20 years of professional experience in operations management to the company.

Traina will be responsible for operational excellence across supply chain, sourcing, warehousing, distribution, information technology, human resources and other areas of the company. Supporting both Betson Enterprises and Imperial, he will be responsible for developing and maintaining strong relationships with key customers as well as identification and implementation of all relevant revenue growth opportunities.

“Ken is a great addition to our senior executive team,” stated Robert Geschine, president and chief financial officer of Carlstadt-based H. Betti Industries. “Ken will help us better support our customers through greater operational efficiencies within our equipment, parts and service companies.”

Wilentz, Goldman & Spitzer, P.A. is pleased to announce that Robert Beckelman has joined the firm as a shareholder in the firm’s Redevelopment, Land Use and Real Estate practice teams, joining the firm’s statewide multidisciplinary redevelopment practice.

For close to two decades, Beckelman has represented developers, property owners and municipalities throughout New Jersey in connection with land use and zoning, redevelopment, and affordable housing matters as well as in related litigation and appeals.

Gov. Phil Murphy and Secretary of State Tahesha Way announced the hiring of Andrew H. Gross to serve as Executive Director of the New Jersey Israel Commission. Gross, who begins his service in August, had previously served as director of political affairs at the Consulate General of Israel in New York.

“As global innovation leaders, New Jersey and Israel have enjoyed a special relationship for decades, a relationship which I have continued to highlight and build upon since my visit to Israel last year,” Murphy said. “I’m thrilled to bring Andrew onto our team so he, alongside the board, can focus every day on enhancing that relationship to build on our cultural and economic ties, so that both New Jersey and Israel can benefit from continued economic growth, shared expertise in cutting-edge technology, and an expanded friendship.”

In his letter notifying Reber of the appointment, AACC CEO and President Walter G. Bumphus wrote: “We are sure that your insights and leadership will significantly contribute to the Board’s decision-making process and its ability to serve the interests of all AACC member institutions.”

Smithers Avanza, a contract research organization supporting the pharmaceutical industry, announced that it has appointed Frank M. Rotella as director of operations at its New Jersey facility. Recently, Smithers Avanza expanded its bioanalytical capabilities by building a second state-of-the art bioanalytical laboratory in Ewing to continue to meet the needs of its clients.

Rotella will have responsibility for laboratory operations, including project management, study support, laboratory support and supervision of the scientific teams.

Wilkin & Guttenplan P.C. is thrilled to announce the addition of a new principal, Bryan Saftlas.

As a principal, he will provide high-quality service to East Brunswick-based WilkinGuttenplan’s clients and strengthen the firm’s vision for the future. He will be providing leadership and training in the firm’s Audit & Assurance service line. Saftlas offers a wide range of skills, both technically and managerially, to the team.

Taft Communications announced the promotion of Audrey Wallendal to communications manager and Julia Masse to senior account coordinator. Over the last two years, Wallendal and Masse have played instrumental roles on several key client accounts for the Lawrenceville firm.