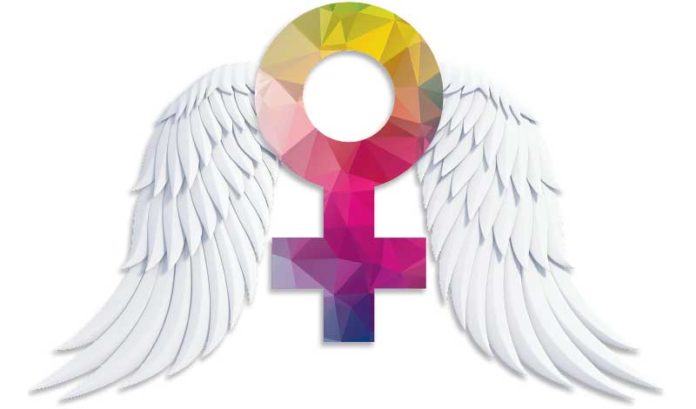 “We know that female entrepreneurs have raised significantly less private capital than their male counterparts,” she said.

The reason, she added, is not as clear.

Women-owned businesses account for nearly 40% of new companies,
according to American Express. But Golden Seeds, a nationwide angel investor network dedicated to investing in women-led companies, estimates less than 20% of startup capital goes to women-led businesses, despite repeated studies reporting higher financial returns for businesses with women at the helm.

The first lady of New Jersey said she knows the feeling well.

“When I worked in finance, in the last role I was in, I was the only female professional in the entire office, and that was really challenging,” Murphy said. “There were a lot of stresses that I felt by not having mentors and having to walk a fine line, particularly back in the early ’90s.

“We need to change the momentum to make sure that women are getting their credit where credit is due.”

That is why Murphy and the New Jersey Economic Development Authority recently announced a partnership with Golden Seeds to organize an active New Jersey chapter that will help build more investment opportunities for women-owned businesses into New Jersey’s economy.

“Creating new opportunities for women entrepreneurs to connect with mentors and receive funding will lead to outsize economic growth that creates good jobs and benefits communities throughout the Garden State,” Murphy said.

Loretta McCarthy, managing partner at Golden Seeds, said she is excited to partner with Murphy and the NJEDA to provide capital and mentoring for women-led businesses that will play a key role in revitalizing and growing New Jersey’s innovation economy.

“New Jersey’s highly skilled workforce and strong network of investors and entrepreneurs makes it an ideal place for a new Golden Seeds chapter,” she said.

The bringing together of high net worth individuals to identify investment opportunities, conduct due diligence, monitor and support the companies in which they invest coincides with Gov. Phil Murphy’s recent expansion of the New Jersey Angel Investor Tax Credit, which increased the base tax credit available from 10% to 20%, with an additional 5% credit available for investments in emerging technology businesses that are certified minority- or women-owned businesses.

“This venture fits in perfectly with the governor’s economic development plan and we are all very excited for the tremendous opportunity at hand for New Jersey’s workforce and for women business owners overall,” Tammy Murphy said.

Membership carries an annual fee of $6,250 and a one-time initiation fee of $2,500, and members are typically expected to meet minimum annual investment requirements of $25,000, while participating in the unique training curriculum provided by Golden Seeds’ Knowledge Institute.

Kathleen Coviello, vice president, technology and life services at NJEDA, said the costs and time allotted for her office to spearhead the initiative are worth it.

“To start, it’s about gaining interest and coalescing individual investors; then, it’s about educating them on how to invest; and finally, we need to find successful female entrepreneurs who are coachable and ready for investment,” she said.

Murphy said she hopes to help enlist at least 10 members in the New Jersey chapter this year by connecting with the more than 200 potential investors in the state identified by the NJEDA as high net worth individuals.

“I will be sending a letter inviting them to an initial information session in (the early fall), in which the New York City chapter of Golden Seeds will make a pitch to help the New Jersey chapter get off the ground,” she said.

But Murphy said it is the NJEDA’s contribution to staffing that will be most critical early on.

“In this case, it is very much about our time commitment, as well as community-building, our networks and contacts,” Coviello said.

The NJEDA will coordinate with the New York City chapter of Golden Seeds to continue to reach out to potential investor members, host training sessions and speaker series on angel investing topics, and organize monthly office hours at sites around the state where female entrepreneurs will be able to get advice from investors, she added.

“We anticipate monthly office hours will begin toward the end of the calendar year once we formally engage our investor members,” Coviello said. “We envision early on using NJ Ignite collaborative work sites to bring entrepreneurs and investors together from around the state.”

The New Jersey chapter will then partner with the New York City chapter to participate in the forums where companies actually present to Golden Seeds members, she added.

“We will coalesce our N.J. investors together and piggyback on the work of the NYC chapter until we have enough critical mass to have our own forums and presentations throughout the state,” Coviello said.

Coviello said she hopes residents of New Jersey who typically travel to other chapters will see the value in remaining in state.

“Knowing the NJEDA will provide much of the infrastructure support to start may ease the burden for those who may not otherwise have gotten engaged,” she said.

Tim Sullivan, CEO of the NJEDA, said this is exactly the sort of collaboration he likes to see from the organization.

“Focusing on equality and fairness as we grow New Jersey’s innovation economy is both good policy and the right thing to do,” he said. “Establishing a New Jersey chapter of Golden Seeds will send a powerful message to entrepreneurs and investors that we are committed to cultivating a thriving innovation economy that embraces and celebrates diversity.”

Once the chapter is established, the NJEDA will transition leadership to group members, as efforts to form a leadership committee to oversee operations, recruitment efforts, the coordination of events and office hours and management of deal flow will coincide with the enlistment of investor members.

“We hope this is the first of many partnerships like this,” Coviello said. “We are open and interested in speaking with other groups.”

Murphy said it these types of partnerships that will further an innovative workforce in the state.

“Diversity is what we are after and this is absolutely the first step and a huge opportunity for the state,” she said.

Reach the New Jersey chapter of Golden Seeds at: goldenseeds@njeda.com.