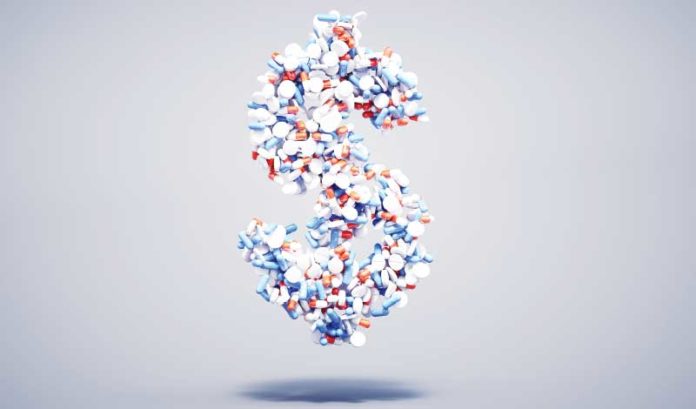 Timothy Salmon knows something about knocking on investors’ doors. Leading an early-stage life sciences company, it comes with the territory.

And, like other leaders on the small end of the sector, he knows he’d need to book a flight or take a long train ride to end up on those investors’ front porch.

For a firm making medicine in New Jersey, access to capital isn’t a pretty picture.

“It’s all in Boston, Philadelphia, New York and definitely in California … and even places like China now,” he said, “but it’s not here.”

A year ago, Salmon was accepting awards at a venture capital conference held here in New Jersey; Parsippany-based Socium Therapeutics, where he’s co-founder, CEO and president, was named the “Best Life Sciences Company” by a panel of investor judges. The company, which is developing an orally administered therapeutic cancer vaccine that could combat prostate cancer, also represented New Jersey at the 2019 BIO International Convention in Philadelphia.

Despite all the attention, the company is — like so many other early-stage biopharma companies in the Garden State — far from oversupplied with financial support from the local venture capital community.

“The No. 1 hurdle for us right now is getting the funding to get our lead clinical candidate into a phase one study,” Salmon said. “Everything else is out there and ready for us, but we have to get the funding to execute on our plans.”

The hope he and other life sciences leaders have is that the state is close to turning a corner, so the doorway to new investment might take less of a journey.

Kathleen Coviello, NJEDA’s vice president of technology and life science investments, would be first to admit New Jersey hasn’t earned the best reputation among those looking for investment dollars.

“The picture has been bleak,” she said. “In 2007, New Jersey ranked No. 5 in the nation in terms of investment dollars and, in 2017, we were ranking 15th.  Now, we’re working hard to try to reverse that trend, which is rather alarming.”

Coviello expects venture capital investors will find a lot to like in Murphy’s plan for the New Jersey Innovation Evergreen Fund, a $500 million pool of cash for venture capitalist-selected startups created, in part, by auctioning off tax credits to larger companies. She added that the legislation that would enable this new fund is currently being drafted.

She also anticipates some benefit will been seen from Murphy’s decision to sign lawmakers’ increase to the state’s Angel Investor Tax Credit. It raised the tax credits available on qualified investments from 10% to 20%, or even higher for those made in Opportunity Zones or to minority- or women-owned businesses.

“Especially in this industry, companies raising capital from investors are expected to have a long lead time until they’re profitable,” Coviello said. “So, not having to wait for a company to mature, go public and get sold to see some (return on investment) will become an important aspect of investing here.”

Part of the administration and the overall EDA overhaul of how the state is incentivizing business, the new NJ Ignite program, which announced its first beneficiary this year, is providing up to nine months of rent support in collaborative workspaces for life sciences businesses.

“So, I think all these pieces together are going to build a strong infrastructure for companies looking for funding to make discoveries,” Coviello said. “And at the same time, New Jersey has seen a significant uptick in available incubator lab space for these companies.”

The New Jersey Bioscience Center in North Brunswick — rebranded recently from the Technology Centre of New Jersey to accentuate its life science focus — was once the only such incubator in the state, according Lenzie Harcum, the 17-year-old center’s manager.

Harcum said it’s now one option in a large ecosystem of incubator spaces throughout the state. And it’s successful enough on its own that it needed to launch a new environment for post-incubation and rapidly-growing biopharma companies.

The Step-Out Labs, as it’s called, welcomed in China-based Adlai Nortye as one of its first tenants shortly after it opened last year. Harcum said that company and the facility’s other occupants have already received significant funding — sometimes, like in Adlai Nortye’s case, from foreign investors.

For companies that can’t yet say the same, Salmon described it as a chicken-and-egg situation: You need funding to get into incubators, but incubators are supposed to be what helps you get funding.

“And, so, while a subsidy on office space would help, the real issue is the amount of capital that’s actually needed to get started on research … and that’s tough to come by here,” Salmon said.

Despite the fact that Garden State biopharma startups sometimes have to go the extra mile to get access to capital, Salmon said there’s no doubt benefits to being based in the world’s Medicine Chest, where 13 of the 20 largest pharma companies are headquartered.

“You already have one part of the ecosystem here with Big Pharma and all of the service providers ancillary to the development process,” Salmon said. “Ultimately, any small life science company is going to at some point want to have the opportunity to talk about partnering with a larger company … and most are here.”

All it would take, Salmon believes, is a few more New Jersey life sciences companies in the early stages to keep their roots firmly planted in the state while achieving big success in the venture community. Like a snowball rolling downhill, venture money begets more of it.

Dean Paranicas, HealthCare Institute of New Jersey’s CEO and president, is optimistic about that very thing happening. And this industry advocate hopes in the meantime, venture funds realize how good the state already is.

For Murphy, openings met with requests for even more