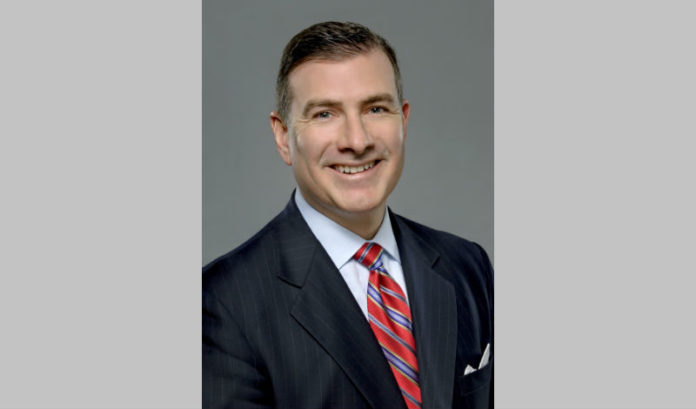 The award is given to people of Irish background in recognition of achievements in their chosen fields and their interest in and support for Ireland and its diaspora.

Dunican is being honored for his work at the law firm, his community leadership and his efforts to develop and strengthen economic ties between New Jersey and Ireland, the council said.

The awards were announced by Cathaoirleach of Donegal County Council, Councillor Nicholas Crossan at an event in the Letterkenny Public Service Centre. Award recipients will be honored at a ceremony on Sept. 27 at the Inishowen Gateway Hotel in Ireland.

Other honorees this year include Frank McGuinness, an author and playwrite; Pat Doherty, a Dublin-based developer; and Daniel J. Hilferty, CEO of Independence Health Group.

“Their achievements speak for themselves and I am delighted that we in Donegal County Council, through the Tip O’Neill Irish Diaspora Award, are in a position to honor the outstanding contributions made by all four worthy recipients,” Crossan said.

Dunican has strong ties to Ireland, including his four grandparents who emigrated to the United States from Ireland, being a founding member of the Irish American Bar Association of New Jersey and having long been active in initiatives to develop and strengthen local and regional communities’ connections with Ireland and Irish business ventures.

Gibbons also is connected to Ireland. It was founded in 1926 founding by Irish-American attorney Andrew B. Crummy. The firm’s Corporate Department has represented Irish companies and subsidiaries in business expansions throughout the U.S. and has represented U.S.-based companies engaging or investing in Ireland. The firm also regularly assists the Irish Consulate in New York with legal matters and has acted on behalf of Ireland’s Permanent Mission to the United Nations.