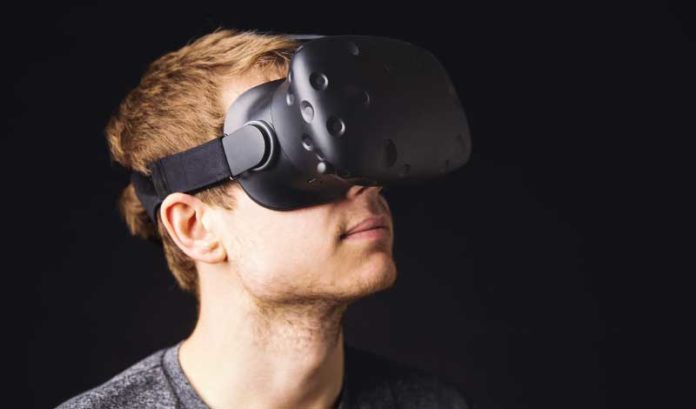 Diversity training programs have taken on new relevance in the world of business today, but truly mitigating unconscious bias takes walking in the shoes of someone on its receiving end.

“It’s one of those things when I tell people about, they just say, ‘Duh,’” he said. “Yet, something I learned was that there were very few to no VR solutions focused on the workplace in this regard. There are solutions that deal with understanding and empathy, but not in a workplace environment. We believe it’s important to have this perspective in the workplace.”

If you want to know why it’s important for a business to know something about unconscious bias, just look at the headlines, said Steve Mahaley, co-founder of Red Fern Education Consulting and Services. His firm is collaborating with BCT Partners on the VR training program.

Starbucks and Sephora both recently sustained reputation blows following incidents of perceived bias, and both made a show of having staff undergo unconscious bias training.

“But Sephora spent one hour on bias training — one hour,” Mahaley said. “And, while it is laudable to immediately act and demonstrate a willingness to address such concerns, ultimately, one hour of training isn’t going to change people’s behavior. We know this because learning science will show, if you’re going to change patterns of behavior, it’s going to take some time.”

Mahaley added that the businesses at the center of public relations catastrophes would’ve been better served by longer-term projects than one-off, workshop-based modalities.

That’s why the immersive experience that Mahaley and Pinkett dreamed up together is meant to be situated in a learning process that respects how long it might take to come to an awareness of biases and start to exercise new behaviors.

Ultimately, Pinkett’s goal, and the shared vision of the three fellow Rutgers University grads he started BCT Partners with, is to foster a better environment for diversity in business.

“This is also a business imperative today, and the larger companies are beginning to see this,” Pinkett said. “If we can help people to not just learn about the experiences of others, but also about navigating differences, we can make workers themselves more competitive and businesses more competitive as well.”

But, for a company of any size, bias in business can be costly. And, just like actions that give the perception of bias may not always be noticed, the price of implicit bias on a firm’s performance may be hard to detect.

A recent Gallup report estimated that disengaged employees cost the country as a whole $450 billion to $550 billion in lost productivity per year. Other studies have tied employees perceiving bias in workplaces with higher rates of feeling disengaged at work. The Center for American Progress estimates that workplace discrimination, which is connected to unconscious bias, costs businesses an estimated $64 billion annually.

But eliminating bias when it isn’t consciously intended is a challenging proposition. It’s one thing to change an attitude you’re cognizant of; it’s another to change reactions you aren’t even aware of.

That’s where using VR as a learning tool can be especially helpful, Mahaley said. It can be used to collect data about where people are looking during mock meetings, what selections they make during the scenarios and find other relevant information that can be aggregated in a way that allows people to recognize the usual markers of biased automatic reactions.

In an example Mahaley provided of how the “Through My Eyes” VR program works right now, there’s a simulated dialogue in a board meeting environment involving a run-of-the-mill business topic. There’s a mix of gender, age and race among the involved actors, who give verbal or nonverbal cues throughout the scenario.

After the participants watch the scene unfold, they are presented with a menu of characters in the scene whom they can inhabit in a first-person view. The participants seeing through that character’s eyes allows them to gather more insight about that person’s experience and what the impact may be of bias and what Mahaley refers to as “microbehaviors.”

The applications don’t end at this one scenario, Pinkett said.

“The directions we can go next are infinite when you think about all the lines that divide us in society — including generational, political ideology and other differences between people,” he said. “We can begin to think about very tailored and customized scenarios for how employees interact with one another, but also customers as well.”

The available VR technologies that enable this and the suite of options each provides are still very new. VR devices only hit the mass market with Facebook’s Oculus Rift and HTC’s Vive in 2016.

Mahaley admits that, frankly, there remains a lot of confusion surrounding what the technology is capable of.

“There’s a lot of noise about VR, and people have various motivations for their interest in it,” he said. “So, one thing I’ve found myself doing is having to educate clients about the possibilities of the VR space and really giving them an understanding of the different kinds of VR.”

Widespread adoption of any VR-oriented approach relies to some degree on a gradual diminishing of the price of the equipment necessary for it, but both Pinkett and Mahaley say the technology is moving toward affordability and a better user experience.

In the meantime, the business partners say they’re getting some traction already from Fortune 500 companies, colleges and nonprofit organizations that are interested in implementing it.

“We’re really busy responding to people who see the potential,” Mahaley said. “We’re expecting this to really take off. And we’re excited to be at the forefront of it.”

Vanessa Phipps says it was just 20 years ago that the National Association of African Americans in Human Resources came together at a time when the lack of African American HR practitioners in high-level positions needed discussing.

Flash forward to today: Phipps, who leads the New Jersey chapter of the national organization, said there’s now a significant number of African Americans in corporate HR positions. From the outside looking in, every department of given organization is doing better with diversity.

But the conversation hasn’t ended.

“I think now what’s becoming recognized is that you have to not only invite (diverse) employees into roles, but work internally to ensure they don’t leave just as quickly,” she said. “Organizations have to create a culture of belonging.”

Phipps, who is also the ACLU’s interim chief diversity officer, said the next challenge to organizations is how they’ll do that. Because even if things are looking up, retention and engagement is still an issue.

“And, certainly, a big part of that is becoming more mindful of the need to address unconscious bias,” she said. “That can be part of the recruiting process, too. It can even mean looking at someone’s name and presuming they’re of a certain ethnicity and wanting them in your organization — or not — because of it. Whether or not people want to talk about it, it does happen.”