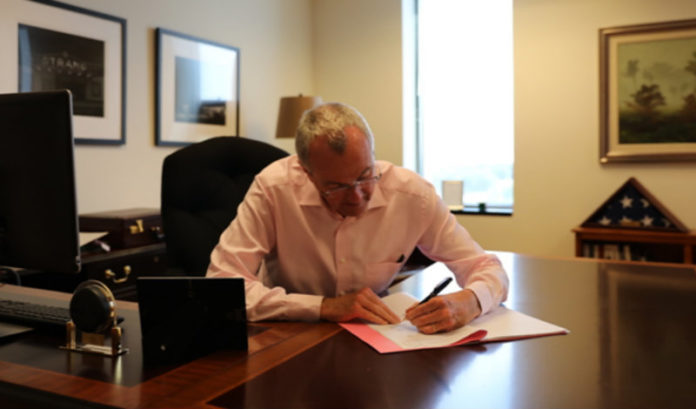 The state of New Jersey remains without any incentive programs.

As expected, Gov. Phil Murphy issued a conditional veto of S3901, returning the bill to the Legislature with recommended changes to reform the state’s tax incentive programs.

The recommendations outlined in the conditional veto largely mirror the tax incentive proposal Murphy gave the Legislature in late 2018. The proposal presents sweeping reforms to the previous tax incentive programs and shifts the focus to bringing new companies to New Jersey while helping to grow state-based startups.

“For the past six years, New Jersey has operated under a severely flawed tax incentive program that wasted taxpayer money on handouts to connected companies instead of creating jobs and economic growth,” Murphy said in a release. “The program I’ve outlined in the conditional veto is one that creates good jobs and works for everyone, not just the connected few, and one that will help restore New Jersey’s prominence as the state of innovation.”

Business community leaders have been frustrated by the stalemate, saying it hurts future growth.

Business leaders are also upset by the delay in issuing earned tax credits to those who met the requirements of previous incentives (see ROI-NJ story here).

“We need our policymakers to come together immediately, sort out their differences and get a program back on the books that will allow our state to get back in the game,” she said. “Absent a program, New Jersey remains without that much-needed mechanism to level the playing field against our regional competitors — all of whom have a much more favorable tax structure and business climate.

“Any notion that New Jersey hasn’t already been damaged by the passing of 54 days without a tax incentive program is just wrong. Further, the delay in the awarding of 2018 tax credits has unquestionably had a chilling effect on businesses that are considering coming to or staying in New Jersey.

“We urge our policymakers to work together now on a comprehensive tax incentive program to give New Jersey a chance to compete. It needs to be a priority for the economic health of our great state.”

Each program is capped for a combined total annual value of $400 million. The administration said the legislation provides flexibility for the state to award additional tax credits for certain transformative projects, including for projects that deliver food sources to food deserts as designated in consultation with the departments of Agriculture and Community Affairs.