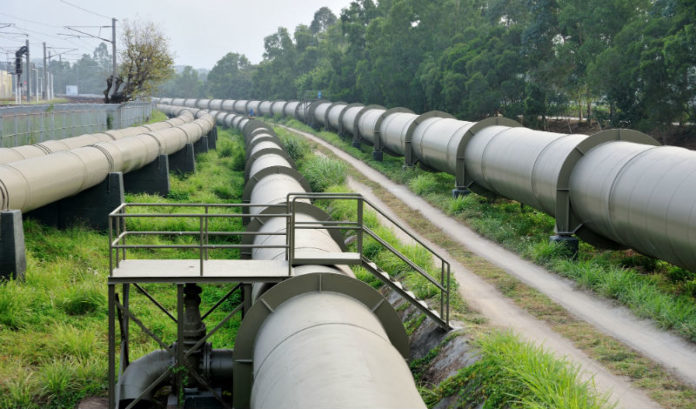 Amid growing concern surrounding the elevated lead levels in some of the water supply in Newark, Essex County Executive Joseph DiVincenzo Jr. announced Monday that the county has reached a deal that will bring $120 million to quicken the pace of replacing lead pipes in the area.

The money will allow the pipes in question to be replaced sooner (24 to 36 months as opposed to 10 years) and will come at no cost to residents (who previously had been scheduled to pay $1,000 for the upgrade).

“I want this long-term solution to happen sooner rather than later,” DiVincenzo said.

DiVincenzo spoke at a press conference that included Gov. Phil Murphy, Newark Mayor Ras Baraka and a host of other city, county and state officials.

It was an attempt to show that those in charge are ahead of the problem and that Newark’s water issues should not be compared to those that recently surfaced in Flint, Michigan.

“This challenge was too important to ignore,” DiVincenzo said.

DiVincenzo said he had been meeting with Newark officials to work out the details of the partnership between the city and the Essex County Improvement Authority.

The money will come in the form of a bond issued by the Essex County Improvement Authority.

Anthony Puglisi, a spokesman for Essex County told NJ Advanced Media that Newark would seek state or federal subsidies for the debt repayment.

Baraka, who has come under fire for his handling of the crisis, said he hopes this solution will fix the problem.

“Replacing the lead service lines is the only permanent way to address this issue,” Baraka said.

The pipelines in more than 700 properties already have been changed, according to DiVincenzo. More than 18,000 properties are expected to need new pipes.

3 from N.J. demonstrate how women can thrive in manufacturing

Murphy on Energy Master Plan: ‘It’s to be determined on how...