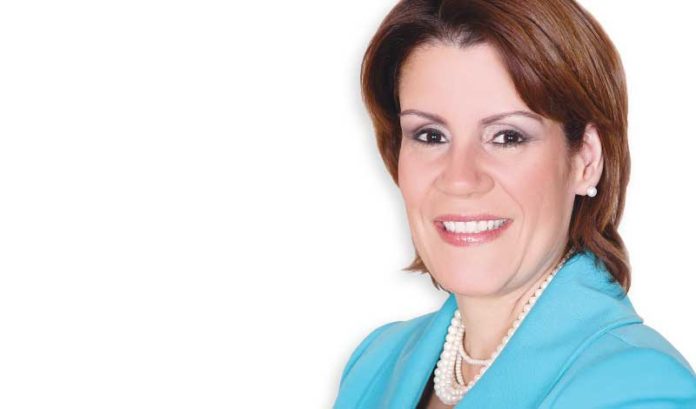 Up and down the Garden State, the demand for warehousing has been a major theme of the story of post-recessionary economic development.

And, if you’re looking for rising action in this narrative … it’s in Perth Amboy.

With the announcement that consumer giant Home Depot chose the city for its newest warehousing facility, Perth Amboy Mayor Wilda Diaz sounds more excited than ever about the city’s economic prospects.

“We have these large companies setting up here that will be hiring residents, who then support smaller merchants by shopping and dining in the community,” she said. “It’s an economic boost for everyone.”

For her, the importance is where Home Depot lies — at the center of what was once a collection of more than 30 deserted properties. The growth of Perth Amboy’s business community in the past year in particular is owed to the redevelopment of brownfield sites.

More than $100 million has been invested into the Elm Street Logistics Center project, a remediation project involving 92 acres of warehouse facilities. Home Depot selected the location as it undergoes a more e-commerce-oriented supply-chain overhaul.

The Elm Street Logistics Center, which is expected to be completed by the end of 2020, is expected to create around 500 jobs overall for the city. Duke Realty is heading the development.

In a different corridor of the city, another large warehouse space was picked up by high-end consignment company The RealReal. The dealer of clothing, fine jewelry, home furnishings and other goods opened its new 492,276-square-foot warehouse in Perth Amboy back in June.

“They had been looking for an area to set up in for a long time in the state, the fact that they chose us to open their site was huge for us,” Diaz said. “Now, we have Home Depot coming in in a different part of the city. All these businesses are going to change the dynamic of (Perth Amboy).”

The company chose Perth Amboy over a Pennsylvania location after it was approved for tax credits through the now defunct Grow New Jersey program, the state’s Economic Development Authority reported.

Diaz believes Perth Amboy has benefited from the state incentives that were suspended when funding for the Grow New Jersey and Economic Redevelopment and Growth grant programs expired at the end of June.

“So, I’m hoping that something gets worked out,” she said. “But, with any future program, we really should look at urban cities throughout the state and take into account what’s best for these communities, which are growing by leaps and bounds.”

Diaz praised the Urban Enterprise Zone Authority program, which for almost three decades now has allowed portions of Perth Amboy to collect certain tax revenues and reinvest it into business development. That hasn’t been a victim of the Trenton incentive quarrel.

Perth Amboy, which today stands at half of its 10% unemployment figure from five years ago, has all the signs of bouncing back from a bad recessionary blow. But Diaz said bolstering employment opportunities — a big feature of the state’s aid to New Jersey cities — continues to be a top priority.

Diaz said the new arrivals to the city’s orbit of businesses are sensitive to that.

“It’s not only about having large developments and businesses, but also what it means for residents: Are they given the opportunity to work at these sites?” She said. “And I’ve made sure to look out for residents and ensure these companies are hiring from local communities and helping put food on the table.”