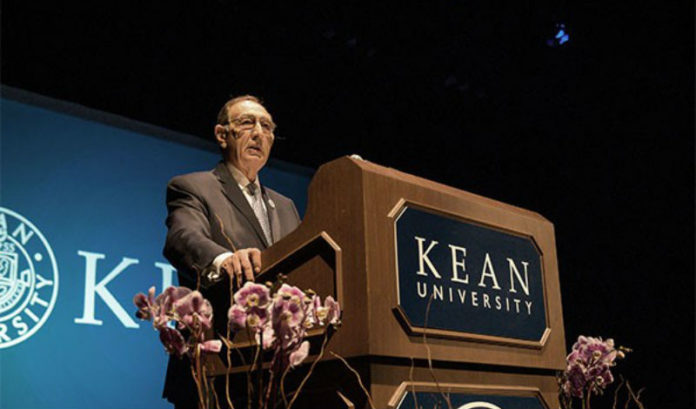 Dawood Farahi, the president of Kean University, is stepping down from his role in 2020 after spending 17 years at the helm of the Union-based institution.

“It has been more than my honor and my privilege to lead this amazing university; it has been a significant part of my life,” Farahi said. “We will continue this academic year on our path of progress and transformation, building a financially strong and academically vibrant institution like no other in New Jersey. The future for Kean students is bright.”

Farahi, who is the school’s 17th president, has been at Kean for more than 30 years. During the time of his presidency, he formed the Human Rights Institute at Kean University; created the New Jersey Center for Science, Technology and Mathematics at Kean University; integrated the Liberty Hall Museum campus with Kean University; and helped champion landmark programs in STEM, computer science and architecture with the goal of increasing the number of women and minorities in those industries.

Farahi said he alerted the board of trustees to his decision earlier this month.

“President Farahi’s leadership at Kean is nothing less than phenomenal,” said Ada Morell, chair, board of trustees, said. “He put students first from the start. He made sure they had the world-class faculty, facilities and services they need to succeed. He created opportunities for students to access higher education not just in Union, New Jersey but in Ocean County, in the Skylands and across the globe in Wenzhou, China. It’s too early to talk legacies, but Dawood’s devotion to student success certainly will be one of his.”

Farahi said accessibility to education was one of his top priorities during his leadership, creating a strategic plan called Vision 2020. He expanded the university’s footprint through a partnership with Ocean County College, which allowed Ocean County students to complete their undergraduate studies at Kean without leaving the OCC campus. He partnered with the New Jersey Department of Environmental Protection to transform an abandoned alley in the Highlands to serve as a campus for undergraduate education.

“Dawood Farahi is a dear friend. More importantly, he has been a transformational leader for Kean University,” Jon Larson, president of Ocean County College, said. “For over 10 years, Kean has been present on the OCC campus in a groundbreaking partnership that has benefited both institutions. OCC and Kean will miss his charismatic leadership and his wisdom.”

Farahi also led the effort to establish Wenzhou-Kean University, a public university in China, by partnering with the former Provincial Secretary Xi Jinping of Zhejiang to redevelop a 300 acre property in Wenzhou, China into a campus that would serve both Kean and Chinese students.

Since the start of his tenure, the university has undergone a $500 million redevelopment program to replace aging and dilapidated buildings and replace them with state-of-the-art academic, research and athletic facilities.

“Dawood did more than lead the university; he transformed it,” Lesniak said. “He made tough, bold decisions, was guided by principle and an uncanny ability to anticipate market demands, and never shied from confrontation if he knew he was fighting the good fight. I’m impressed by all he has accomplished. Generations of Kean students to come will have a better chance at success because of Dawood Farahi.”

The university said it will begin its search for a new president in the fall. Farahi’s contract allows him to return as faculty at the end of his presidency.

Stevens to extend test-optional policy for incoming class of 2022 (current...