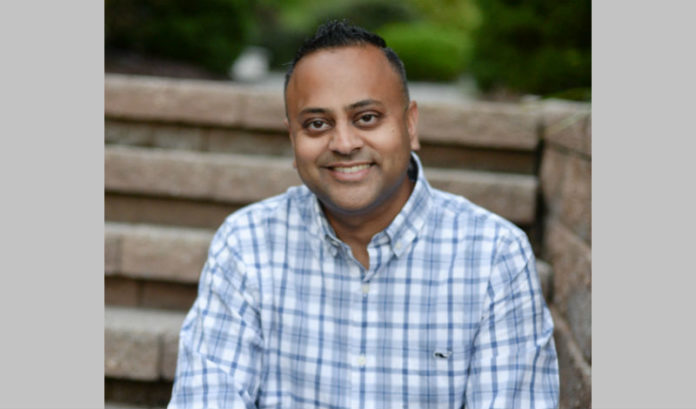 The source of contaminated water in Newark isn’t just in reservoirs or service lines. It’s in the policies of the 10 poorest and sickest cities in America. Newark’s drinking water crisis now threatens to cast a longer shadow than Flint, Michigan’s cascade of corruption, which has deprived residents of a resolution even now, nearly four years later. Despite hindsight from Flint, the outcome in Newark was starkly the same: toxic water supply, thousands of children potentially facing irreversible lead poisoning and long-term health effects and shattered trust in government officials.

President Donald Trump perhaps didn’t use choice words when calling out Baltimore as a “disgusting, rat and rodent infested mess” and a “dangerous and filthy place”— but he wasn’t wrong. Environmental issues such as rodents and lead are major public health determinants for avoidable diseases and conditions, such as asthma and learning disabilities disproportionately impacting urban communities. However, its become easier to distribute bottled water and identify lead toxicity than to distribute accountability and identify government toxicity; the real determinants of public health.

Critics routinely point out the cities where endemic poverty is a root cause of pervasive and widespread joblessness, struggling schools, drug addiction, a crumbling infrastructure and corruption — not just Newark: Baltimore, Detroit, Chicago, Cleveland. Frantic anti-Trump pundits can cry racism, but that criticism is no replacement for a rational dialogue nationwide about mental health, crime, drug abuse, family breakdown and lack of educational attainment which are the root causes of poverty; an issue exploited by contaminated leadership, that brings about crises like Newark and Flint. Is it racist to call these conditions out? Or is it racist to look away?

On Monday, Essex County Executive Joseph DiVincenzo announced a partnership between Essex County and the City of Newark — the city would tap a loan backed by the county, providing the funding to replace service lines to 18,000 homes that have been identified as the source of lead leaching into drinking water. The extra capital would cut years off the time needed to replace the service lines, from 10 to three years, and make it unnecessary for homeowners to pay part of the cost of the new pipes. Together, with the $75 million program launched by the city this spring, the funds make it appear as if the solution is at hand. It’s the problem we have yet to confront — that systemic lack of leadership that has tainted the well from which many other problems will spring is much more difficult to uncover than the source of the lead leaching into Newark’s drinking water.

In 2014, the New Jersey state comptroller published an investigation into the stewardship of the city’s infrastructure, which “found that from 2008 through 2011, the (corporate contractor) recklessly and improperly spent millions of dollars of public funds with little to no oversight by either its board of trustees or the city.” Ultimately, federal prosecutors uncovered how members of the board and employees at the agency brazenly funneled  millions of dollars from the company over the course of several years. A longtime director of the city’s water treatment facility argued that the scandal remained isolated to corporate mismanagement and did not affect the city’s water operations. “The (contractor) corporation was only responsible for the operations, not engineering,” according to Andrew Pappachen, former director of the Department of Public Works in Newark. “Mismanagement of the financials, that was the scandal … the operations and the engineering were separate.” Nevertheless, it begs the question: Why is there such high correlation between Democrat-led cities and the highest rates of poverty and violence in our nation?

Whether this decay of our cities and towns is the outcome of poor leadership, ineffective policy, bad luck or a genuine apathy towards the citizenry remains unclear. What is clear is that America is bloated with impoverished, dysfunctional and blighted cities impacting its communities’ ability to break from systemic cycles of poverty and significant public health concerns. What lies ahead for Newark after a crisis that has left 15,000 households without drinking water and endangered tens of thousands of children is impossible to know. What we do know is that leadership and failed policies have to change for all our New Jersey communities to achieve the highest attainable standard of health; a fundamental right of every human being without distinction of race, religion, political belief, economic or social condition.

Dr. Rik Mehta is a regulatory policy expert and an adjunct professor of law in health law and regulation.

Why ‘rain tax’ is bad idea for N.J. property owners

Why passing Permit Extension Act now will pay off in the...