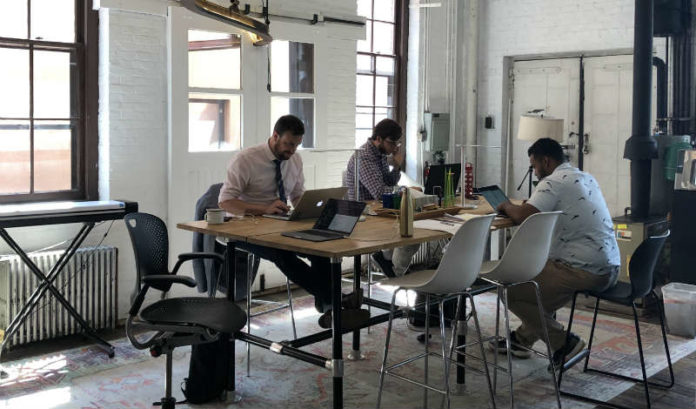 Regional Plan Association, a not-for-profit civic organization, has taken up space at a coworking space in Newark.

The company was welcomed by Topology on Thursday as a new tenant at its re:SOLVE Workshop, an expanded and renovated office space at the historic Dietze Building at 60 Union St. in the North Ironbound section of the city.

RPA, founded in the 1920s, develops and promotes ideas to improve the economic health, environmental resiliency and quality of life of the New York metropolitan area, it said. It also conducts research on transportation, land use, housing, good governance and the environment.

“Regional Plan Association is thrilled to lease space at Topology’s re:SOLVE Workshop in Newark, adding to our existing spaces in New York City, Stamford, (Connecticut), and Princeton,” Tom Wright, CEO and president, RPA, said. “Newark has been a critical focus for RPA for the nearly 100 years we’ve worked in the tri-state metropolitan region and expanding our footprint to this great city reinforces how central it still is to our mission today. Topology’s commitment to collaborative community planning makes them a great partner to our work and we look forward to sharing space with them.”

Topology said it is currently in talks with several architectural firms to also join the co-working space.