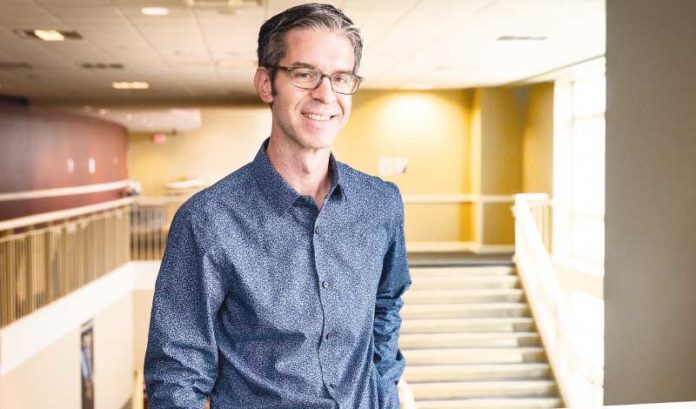 When any college decides it’s time to update its core curriculum for students, it means embarking on a several-year voyage through texts often authored by English professors that reflect on the meaning of education.

So, when Centenary University was due to refresh its decade-old core curriculum, Robert Battistini, an English professor himself at the school, said the same journey was expected.

But, he said, the college went in a different direction.

Signaling how higher education institutions have shifted their thinking about their students’ needs, the college started surveying businesses and the wider community about what it should teach.

Battistini, one of the key architects of the new education plan at the Hackettstown institution, said the college took a stance of “radical humility.” It wasn’t sure what students should start off their collegiate life learning, but a local business leader that may hire its students might have a good answer.

The usual strategy behind a core curriculum, the general education courses required of all undergraduates, is that, if you teach students how to generally think well, they can pick up any particular skills needed in the workplace at a later time.

“But, we can’t always take that approach, because we know our students and their families aren’t willing to take that sort of wager,” Battistini said. “They want skills that are marketable now. They want to know there is going to be value in their education, especially because they watched parents and relatives lose jobs during the 2008 crash.”

Rather than focusing on scholarly ideals, the college wanted students to be better prepared for professional success. The school’s core curriculum overhaul — which is still underway, but is on track to be completed much sooner than is typical for these redesigns — is more strictly guiding students toward that goal.

That flies in the face of a trend that has long existed in higher education. For many years, colleges have been allowing students more and more freedom to pick and choose their core curriculum studies. And for many years, that’s been just fine with students.

“I think about when I started college 30 years ago,” Battistini said. “Back then, I thought, ‘I’m here to explore things and find myself.’ I didn’t focus that much on what the major was. I took professors I heard were smart. Overall, I was a good student, but I wasn’t really focused on what I’d be doing in five years.”

Students today don’t have that attitude, Battistini added. With student loan debt constantly ballooning across the country, they can’t afford to think that way.

“They know what an education costs, they’re savvy about the financial issues and they, quite frankly, see it as more of an investment that they’ll make a return on,” he said. “If you say, ‘Don’t worry about it — you’ll have a rich life of the mind,’ they’ll just laugh at you.”

The English professor in Battistini stills believes in that and all the other intrinsic virtues of a liberal arts and humanities education. But he also sees the folly in putting that above what students want to hear: Their education is going to help them get a job … and keep it. 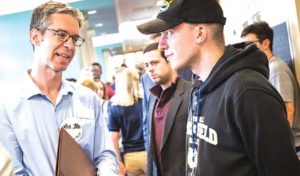 “And, actually, there’s no reason to think as those two things as being in opposition,” he said. “If you can think nimbly and creatively about selling toothpaste in Topeka, you’re going to think in creative ways about your life and everything else as well.”

Even if the redesign isn’t completed yet, Battistini said it quickly become clear what businesses want to see more of out of students. Mostly, that’s the ability to present themselves and communicate more effectively.

Existing core curriculum courses have developed some of the evergreen skills companies told the college they’re looking for, but others, such as having employees be well-versed in diversity and inclusion, haven’t been as well mapped out in the general education setting.

Future-proofing is one of the challenges confronting Battistini and his Centenary colleagues, a task force comprised of more than a dozen professors from different areas of study at the school. Because they want their students to be prepared not just for their first job … but their 10th, some in yet-unheard-of occupations and industries.

And, ultimately, they want their graduates to be recession-proof.

“So, when a business owner is talking about employees and having to downsize, they might say, ‘Hey, who is that one we hired? She always says such smart things; she always speaks so well; and she has interesting ideas no one else thinks of,’” Battistini said. “We want our students to be that employee.”

Reach Robert Battistini of Centenary University at: battistinir@centenaryuniversity.edu or 908-852-1400, ext. 2283.

Why going to teleteaching for K-12 students is much harder than...