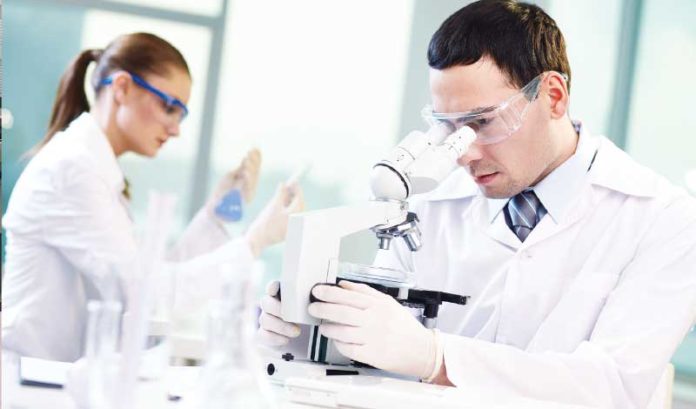 Around the globe, the pharmaceutical industry is trying to accelerate drug development by running clinical studies more quickly and efficiently.

And one Jersey City firm is streamlining that future medicine … by offering lessons from the past.

The company, TrialScope, runs the global biopharma industry’s most widely used software for disclosing information regarding clinical trials. Around 40% of all industry-sponsored clinical trials posted on ClinicalTrials.gov have a connection to the firm’s disclosure solutions.

TrialScope leader Jeff Kozloff said there are few things more important than having a database of what’s already been tried and tested in the sector.

“It’s really part of the basic building blocks of science,” he said. “You want to know what didn’t work so you don’t put humans in harm’s way or repeat bad science.”

History not repeating itself is just one reason TrialScope has quietly become an industry heavyweight; another is that there are rules for reporting certain clinical trial data — all differing based on the regulations in the many countries biopharma researchers are operating in.

In the U.S., with only a few exceptions, biopharma companies have to register clinical trials ahead of time and then submit results once they’re complete on ClinicalTrials.gov, a public resource supported by the U.S. National Library of Medicine. Some countries, such as those in the European Union, have their own versions of those registries.

The rules around clinical trial registration and results submission are being updated all the time — as recently as 2017 for the ClinicalTrials.gov results database, when the U.S. Department of Health and Human Services issued new reporting guidance.

“So, it’s also important for these companies to use validated systems like ours to make sure they’re compliant with all the requirements,” Kozloff said. “And, actually, when you look at smaller biotechs and academic institutions, there’s a lot of noncompliance with the existing regulations.”

The 40-employee firm is finding a near-endless demand for cleaning up a clinical trial disclosure process that can lead to penalties for those not in compliance. In five years of existence, the company secured a leading position among providers of those solutions. And, in doing so, it attracted investments from several venture funds, including Princeton-based Edison Partners.

Kozloff, a health technology entrepreneur who also invests in and advises other industry startups, took on the role of CEO at the company early last year after serving on its board of directors for several years.

He said a priority of the company has become not just simplifying the complexities of clinical trial disclosures for industry sponsors, but making it more transparent for patients, as well.

“You have these brave people who participate in a clinical trial and yet many don’t find out what happens with the studies,” he said. “Around 90% of them would like to know, but only three out of 10 actually find out.”

There’s a movement in the industry to share more information with patients beforehand as well, he added.

“Only 5% of patients know when there’s a clinical trial option near them,” Kozloff said. “So that’s another awareness gap in the industry. And addressing that also could also help accelerate these medical breakthroughs even more.”

If there’s a race to speed up the tortoise’s pace the clinical trial process has been known for, Princeton has been the starting point.

Because it’s there you’ll find WIRB-Copernicus Group, a company that touts its ability to accelerate clinical trial timelines for those performing them. The company has a hand in more than 90% of clinical trials undergoing FDA oversight.

The business started out by taking an old model for clinical trial institutional review boards — evaluations of proposed research methods to ensure they are ethical — and centralizing it in a way that now takes days instead of months.

Lindsay McNair, chief medical officer at the business, which also goes by the acronym WCG, said the local firm’s new focus is on what else its biopharma partners could do to be more efficient in clinical trials, such as smoothing out the lengthy contract negotiation process involved.

“We’ve had so many partners say, ‘It’s great you’ve improved the process for us in this area, but now we need help in this other area,’” McNair said. “So, we’re starting to help with all of those other pain points.”

Dawn Flitcraft, president of the WCG’s ethical review division, said how clinical trials can be designed or changed to be more efficient from start to finish is on the forefront of everyone’s mind in the biopharma sector today.

But that faster progress of medicine should never come at the cost of safety, she added.

“The greatest source of pride we have as an organization is that we don’t ever cut corners,” Flitcraft said. “We’re maintaining trust and integrity and being ethical in all we do throughout whatever efficiencies our partners are trying to achieve.”

‘Anxious time in the world’: Need for mental health services for...