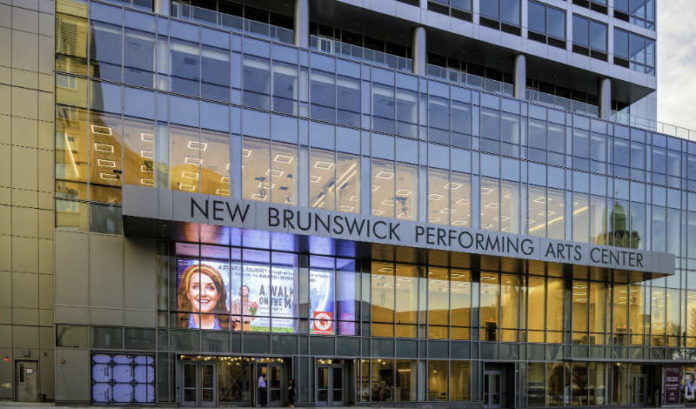 As the New Brunswick Performing Arts Center prepares for its soft opening Wednesday night, the benefits it will bring to the arts community in Middlesex County cannot be overstated.

All this in a setting that has enough dressing rooms — 70 (including some reserved exclusively for child performers) — and bathrooms to make those attending in any capacity feel comfortable.

It’s enough to make the four resident companies (George Street Playhouse,  Crossroads Theatre Company,  the American Repertory Ballet and the Mason Gross School of the Arts at Rutgers University-New Brunswick) feel as if they have a true home for the first time in their decades-old existences.

“Arts is a long-term investment, but it pays significant dividends,” Chris Paladino, president of the New Brunswick Development Corp., said. “This building will have a tremendous impact on not only the arts but New Brunswick for generations to come.”

The center will have a private opening Wednesday night — an invitation-only gathering for leading figures in the arts community, benefactors and, of course, elected officials — and a public ribbon-cutting and open house (complete with tours) Thursday.

What might not be readily apparent at each of these events is how NBPAC stands not only as another example of a public-private partnership DEVCO has used to bring another element to New Brunswick, but it also will serve as another anchor that will help bring the city’s residents and businesses together.

Paladino feels its location — across from the Heldrich Hotel (which DEVCO built) and the small triangular city park (which DEVCO helped refurbish) — provides the final piece to the much-needed puzzle that all cities are trying to complete.

This synergy also will include the occasional closing of the portion of Livingston Avenue that runs between the three.

“There’s some programming that we’ll do that for,” Paladino said. “I think there’s some community performances that have been done in the parks that we may do here.”

The three areas will be tied together by more than just the keyboard-looking crosswalk that connects them.

Paladino is selling that as he negotiates a naming rights deal that could bring the project up to an additional $1 million in revenue.  (And he’s so hopeful he’ll have a deal by the end of the year that the letters for the facility were put up with the knowledge that they soon may be changing.)

“The naming rights opportunity for the building is tied it to the hotel,” Paladino said. “We can put their name on the boards inside the Heldrich that tell people where to go to meetings. We can put their logos on the key cards. When people turn the TV on in their rooms, it can go right to an ad.”

Paladino is even tying it to another DEVCO project, the Yard — a mixed-used facility that helps anchor the Rutgers campus DEVCO helped create across town.

“We give them the ability to connect to the Yard and do commercials on the board there,” he said. “Since we control all these things, it’s easy to bring them all together.”

In addition to the executive offices of the four companies that call the building home, many of the offices for Middlesex County’s arts, culture and heritage organizations will be housed in the building, as well.

The benefits to this are great, Paladino said.

“They not only can share conference rooms and more easily collaborate, but the county is going to help with shared services, such as IT and payroll and those type of things,” he said.

And the building’s numerous rehearsal spaces — there are four, two each that resemble the stages themselves — not only assure that arts activity will be going on all day and night, they are situated on the second and third floors of the building, assuring that rehearsals can be easily seen by those outside at the park.

When not being used for rehearsals, the spaces have the capacity to handle smaller art shows.

“There could be a quartet performing for 50 people or exhibitions by a painter sculptor,” Paladino said.

More than that, all of the spaces are available for use by the business community.

“The rehearsal room upstairs is the largest rehearsal space in New Jersey by far,” Paladino said. “You can do big meetings. You can have a dinner for 200 people.

“We think there’s a lot of opportunity to do rentals. One company that does new employee training once a month said they’d love to come here. I’ve got a VC firm that’s going to do a couple of dinners here.”

This business, Paladino said, only helps the Heldrich Hotel.

“This isn’t taking away,” he said. “There is great synergy with the Heldrich, because we’ve got more space. We can do things the Heldrich can’t. Everyone is excited about the ability to use the theatres for corporate space.”

The new building, Paladino said, is able to book larger meetings because it has larger rooms.

And, it’s not all for business.

“A lot of companies are talking to us about getting a block of tickets for a show and having a dinner before or after.”

A wedding already has been booked, too.

NBPAC, of course, is more than just an arts facility.

The $172 million, 450,000-square-foot building is 23 stories tall, with 20 floors housing more than 200 multifamily units to be operated by Pennrose LLC. (Here’s how the building was financed.)

The 42 affordable units already have been gobbled up by a variety of folks associated with the arts (dancers, musicians, choreographers, set-builders, etc., Paladino said).

The market rate studio, one-bedroom and two-bedroom units are attracting attention from empty-nesters, who are looking for an urban space; commuters, who travel as far away as New York City and Philadelphia and have been lured by its access to transit; and millennials, who don’t want to buy, but don’t want to live with their parents, Paladino said.

Some residents will begin moving in mid-month, about the same time leasing on the market-rate units will officially begin.

Paladino, who has long stressed how the arts helps bring urban communities together, is perhaps most pleased by the fact NBPAC only adds to New Brunswick. He doesn’t see it taking away from anywhere.

“This isn’t really about competition,” he said. “We’re not competing with NJPAC or Count Basie or any of the other arts centers around the state.”

It’s all part of the plan, Paladino said.

“I don’t think there’s competition as much as we’re just growing the arts scene,” he said.

And growing the city.

Front-line lessons: N.J. execs among businesspeople who got up-close look at...